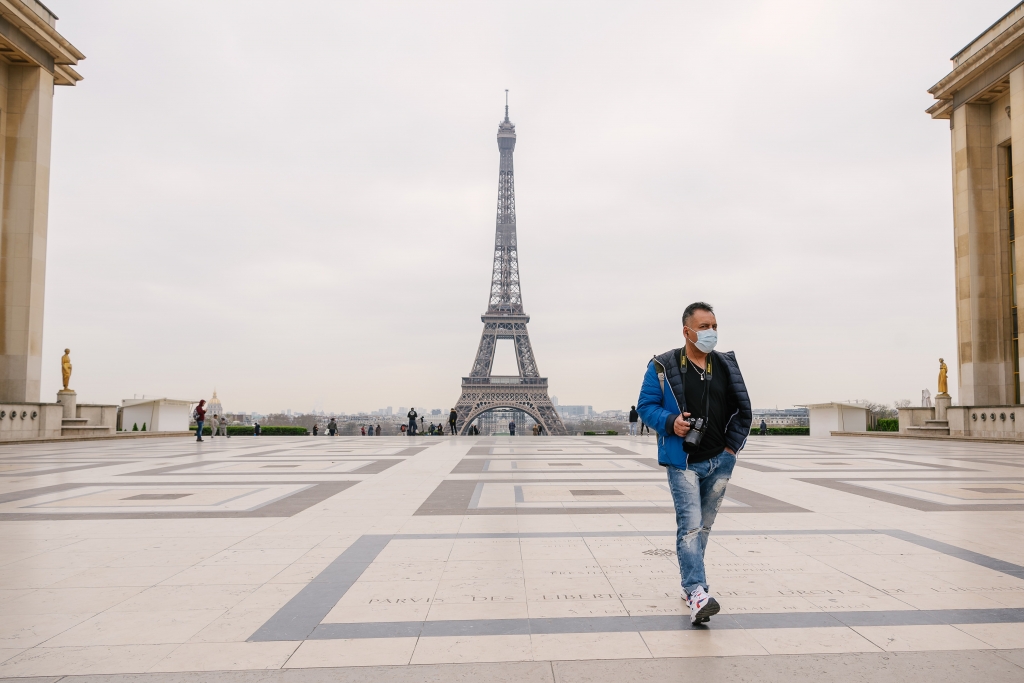 Empty cities provide a chance to look at the familiar with a different eye. Fran Boloni/Unsplash, FAL 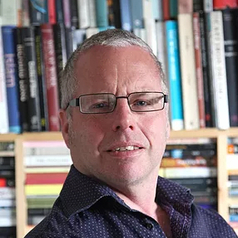 Carry out a Google image search of the phrase “28 Days Later” and among the many stills and publicity images for the 2002 horror film, one will find a scattering of photographs of London taken during the first COVID-19 lockdown in late March and early April 2020.

At that time, some Londoners described the emptiness of the city as feeling “like the apocalypse or a scene from 28 Days Later”. The comparison of life to art, it seemed, was obvious, exerting an eerie, uncanny effect.

Dead cities are enduring images in post-apocalyptic literature and cinema. They are rooted in the straightforward power of contrast – between the normally bustling city and its empty double – a city which is only buildings, both strangely familiar and also alien.

Dating back at least to Edward Gibbon’s claim to have conceived of his monumental History of the Decline and Fall of the Roman Empire in 1764 while he “sat musing amidst the ruins of the Capitol”, the image of the solitary (always male) ruin gazer of the future became popular in the 19th century, usually as a way of questioning imperial hubris.

One of the earliest images of London as a dead city was French engraver Gustave Doré’s final plate in the 1872 book London: A Pilgrimage, where a New World visitor from the far future (the New Zealander) comes to gaze upon the ruins of imperial London, just as Gibbon had done so a century earlier in Rome.

This image, as well as seminal science fiction texts like John Wyndham’s The Day of the Triffids (1951), is filtered through the lenses of newly available HD digital cameras in the famous four minute sequence in 28 Days Later, when motorcycle courier Jim wanders through an empty London. This sequence completely subverts the clichéd tourist itinerary (from the Palace of Westminster to Piccadilly Circus) in its uncanny sequence of images of emptiness.

When director Danny Boyle shot these sequences in 2001, it was still possible to experience this kind of emptiness for real – for just a few minutes around dawn in the summer months. Since then, though, 24/7 culture had enveloped capital cities like London, swallowing up any remaining moments of silence and emptiness. That is, until the unprecedented lockdowns imposed during the COVID-19 pandemic – a microscopic agent wielding enough destructive power to shut down entire cities for weeks on end.

The point made in 28 Days Later is that the empty city resonates with us on both an imaginative and historical level. As photographer Chris Dorley-Brown has argued, in relation to his own images of London in lockdown, he felt that like Jim in 28 Days Later, he was “the last person left alive”. An uncanny experience became familiar to many: walking empty city streets fused the very real material world with a long history of imaginative visions of dead cities.

In one panning aerial shot from the heart of the city in that sequence in 28 Days Later, a CGI-insertion appears very briefly: a supplicating statue that does not exist in the real London. This, I argue in my book The Dead City, is a direct visual reference to the statue in the iconic photograph of the ruins of central Dresden in the immediate aftermath of the Allied fire bombings of February 1945 taken by Richard Peter. 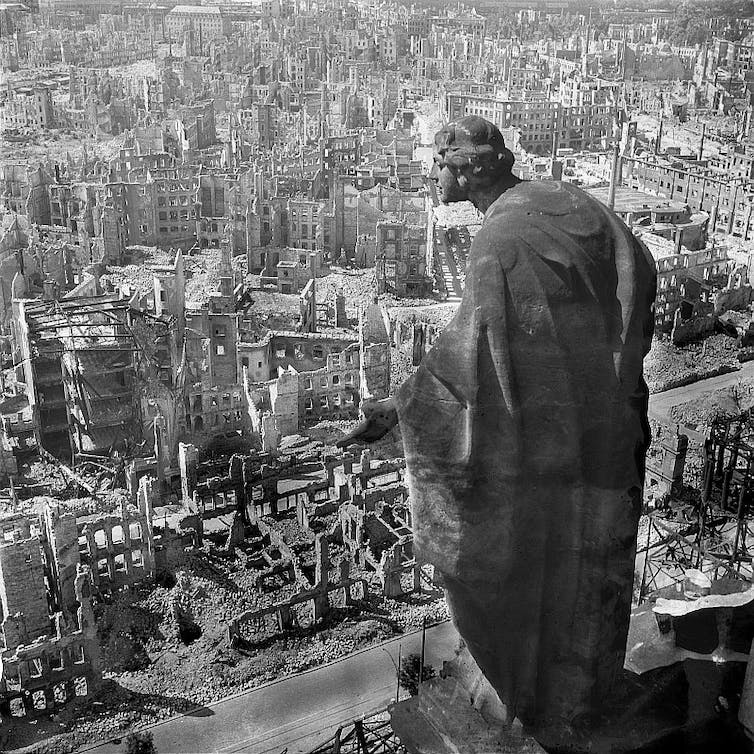 This is imagination invading reality. There is, I think, a sense that we (the film’s viewers) are being accused by this spectre of history. The statue serves to remind us that, just like the presence of this image in the film, the bombing of Dresden was not some accident, but a deliberately planned assault on a city designed to cause the maximum amount of damage and loss of life. It reminds us that all historical monuments, when contemplated in a sustained way, point equally to tragedy and defeat (usually someone else’s) as they do to celebration and victory.

What all this shows is that when the appearances we take for granted are eviscerated, when all manner of human occupations are suddenly forced into shutdown, when buildings are in space but out of time, there may be opportunities for richer meanings to emerge – meanings that are normally kept at bay in the bustling city. Locked down cities may seem like a negative image of the places people value but, notwithstanding the very obvious suffering signified by such emptiness, there’s an opportunity to mine their uncanny nature for insights.

One useful lockdown exercise, then, might be to pay attention to things in the city that we would either generally ignore or which seem to posses only negative connotations: the countless memorials and landmarks that are all but invisible to us because they’re so familiar; closed retail units inviting a different kind of window shopping; hoardings and other advertisements signifying absence rather than presence; empty streets hinting at some other city that came before the cars. Here, history returns as something that hasn’t yet been settled, asking for our attention, our participation even.

I would argue that this kind of awareness of history is much closer to how we actually experience it than any history book would lead us to believe. In the empty city, there’s no arrow of time – no A to B. Rather, time present, past and future slide across each other like trains at a railway junction. In certain images we find in dead cities – whether real or imaginary – we can discover openings to this kind of time, in all its complex unfolding and intertwining.