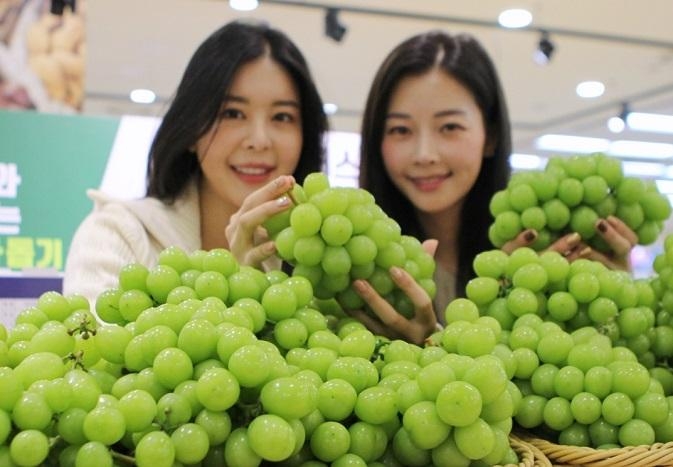 Shine Muscat is a variety of seedless green grapes with high sugar content.

Expensive fruits, such as Shine Muscat grapes and apple mangos, are selling briskly in South Korea, prompting farmers to switch to these new crops.

It was way higher than the 4.7 percent increase in total sales of fruit gifts.

Shine Muscat is a variety of seedless green grapes with high sugar content developed in Japan.

The highly-priced Shine Muscat grapes accounted for 53.6 percent of E-mart's total grape sales from August of last year to April of this year, increasing 22 percent from the same period last year.

As demand for the Shine Muscat is soaring, their cultivation has also increased to 3,579 hectares this year, nearly doubling from 1,867 hectares in 2019.

Farmers are also increasing the production of apple mangos.

However, the transition to "luxury fruit" is also pushing the prices of ordinary fruit as their supply is reduced with more farmers switching to more lucrative options.