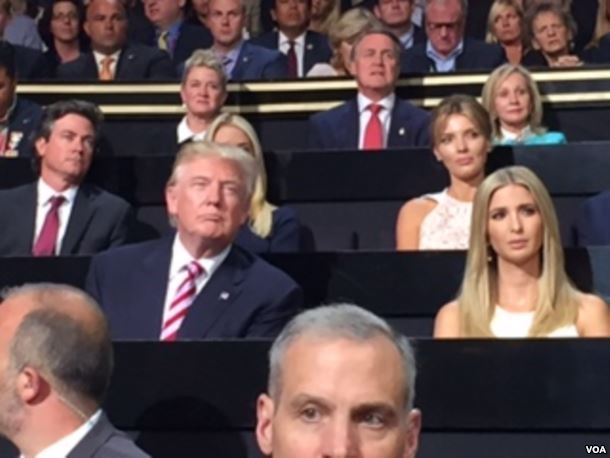 Donald Trump and Ivanka Trump’s relationship has been dubbed as creepy primarily because of all the sexually suggestive comments the POTUS has made about his favorite daughter.

During a rally in New Hampshire, Melania Trump’s husband referenced his relationship with Ivanka. The POTUS first called Ivanka very beautiful before realizing that he isn’t allowed to say such things because she is his daughter.

“I was going to say sex, but I can relate to golf and real estate,” he said.

During another interview, Trump shared his thoughts on Ivanka appearing on Playboy magazine.

“Ivanka posing for Playboy would be really disappointing… not really. But it would depend on what was inside the magazine… I don’t think Ivanka would [do a nude shoot] inside the magazine. Although she does have a very nice figure. I’ve said that if Ivanka wasn’t my daughter, I’d be dating her,” the POTUS said.

Meanwhile, Trump once again forgot to mention his other daughter, Tiffany Trump, at his rally earlier this week. Marla Maples’ daughter, who has been as the “Forgotten Trump,” is not very close to the POTUS.

In fact, their relationship became even more tainted after rumors swirled that the POTUS called Tiffany fat. Last year, Trump’s personal assistant revealed that the president doesn’t want to be photographed with Tiffany because he thinks she’s fat.

Trump has since denied the allegations by saying that he absolutely loves Tiffany and called her a great person.

“I’m going to say it’s just absolutely false. She’s a wonderful person. She’s studied so hard, she’s a great student, and she’s such a great – great person. So, I look forward to talking to her. I’ll be talking to her as soon as I get and I love Tiffany. Tiffany’s a great person,” he told Daily Mail.