Donald Trump reportedly destroyed the Trump brand after the U.S. Capitol siege; What will happen to his business empire? 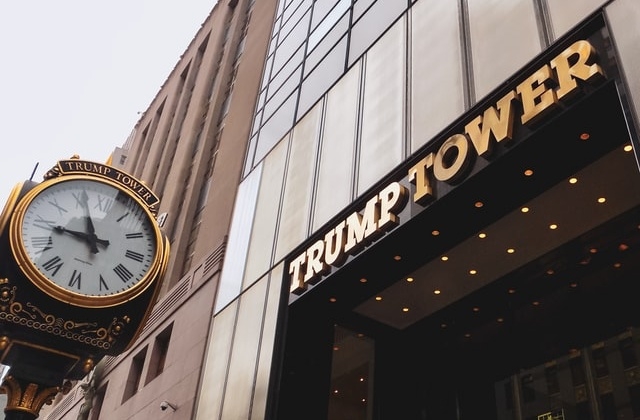 Donald Trump was a businessman before he became the 45th president of the United States. Now that his term is over and Joe Biden is taking the oath as the new leader of America, he is expected to return to his life as an entrepreneur and run his Trump Organization again with his sons.

Trump’s mistake that affected his brand

However, in the last weeks of his presidency, he made one more big mistake, and experts are saying this has severely affected his Trump brand in a negative way. On Jan. 6, the Republicans and the Democrats were set to have a joint session to authenticate Joe Biden’s win in the election, but Donald Trump called on his supporters to march to the US Capitol on this same day.

Later on, after Trump gave his speech, his supporters became unruly, and the rioters breached the Capitol. They entered and vandalized the offices of politicians, especially Nancy Pelosi’s office. In the end, five deaths were recorded and many were wounded in the incident.

Following the riot, rather than pacifying his supporters or addressing the riot, Donald Trump just expressed his anger after Mike Pence did not follow his advice of overturning the results of the Electoral College by not accepting Joe Biden’s win. He continued to rant on social media, which led platforms, including Twitter and Facebook, to suspend his account on the grounds of inciting violence.

Businesses and associations have followed suit and cut their ties with Donald Trump. He also lost one major lender that supported him for his financial troubles. Deutsche Bank announced that it will no longer do business with the outgoing president due to the incident at the Capitol.

With the turn out of the events, experts say that Donald Trump’s brand has been severely tarnished, and this is threatening his business empire. South China Morning Post reported that a marketing professor at Northwestern University’s Kellogg School of Management, Tim Calkins, stated that Trump’s brand will experience long-term damage because of the siege.

“That dumpster fire he created is one of the single worst moves for his brand ever,” Eric Schiffer, chairman of Reputation Management Consultants, further said. Alan X. Reay, head of Atlas Hospitality Group, added, “What happened last week [during the riots] is a huge tarnishing of the brand, and I don’t see how it recovers.”

Donald Trump is being canceled by businesses, and with his, other brand reputation consultants are saying that it Trump’s empire may never recover, which means that his once-lucrative businesses are over. Finally, Trump may further sink with the upcoming impeachment case that the officials are preparing against him.