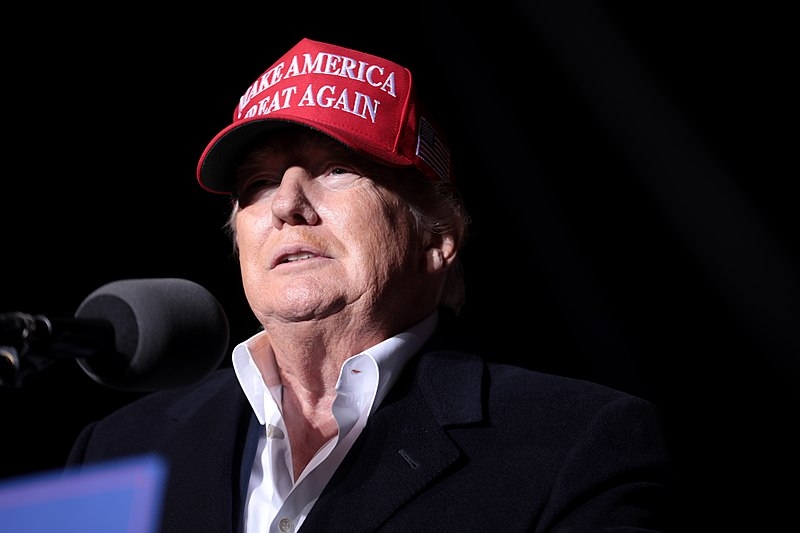 Since the January 6 insurrection at the Capitol, reports have since emerged as to what now-former President Donald Trump was doing when the siege took place. According to former White House press secretary Stephanie Grisham, Trump was confused that staffers were not as enthusiastic as he was when the riots transpired.

The Associated Press reported that according to Grisham, the former president was watching the riots take place at the Capitol on January 6 in the White House. Grisham said that Trump even rewound the footage and watched some moments that appeared to be his favorite. Trump apparently told Grisham, “Look at all the people fighting for me,” as the mob broke into the Capitol, sending lawmakers fleeing for their lives.

While Trump was focused on the violence that was taking place, staffers and advisers were urging the former president to call off the mob and condemn the violence that led to five people dead and dozens injured. Text messages revealed by the congressional committee probing the riots found that they were also begging Trump’s daughter and adviser, Ivanka Trump, to convince him to take action.

However, staffers were also concerned about what Trump may say if they did not carefully script his message to the public. In a letter by House investigators to Ms. Trump requesting for her testimony, the committee revealed that the staffers were concerned that an unscripted appearance by Trump would make the situation worse.

The National Archives has been turning over related documents to the House Committee, with recent reports revealing that Trump improperly smuggled boxes of official documents to his Mar-a-Lago residence in Florida.

Some of the documents that were included in what Trump and his advisers brought to Mar-a-Lago included correspondence from North Korean leader Kim Jong-un and a letter to him by his immediate predecessor Barack Obama.

The panel of “Morning Joe” mocked the former president for wanting to keep the letters from the North Korean dictator. They also noted that Trump wanted to keep the map he drew over with a marker during a press conference over Hurricane Dorian.

“They would cheer whenever he would talk about his love letters with Kim Jong-un, and you know, remember not-so-long-ago, Bill O’Reilly asked him like who were his favorite world leaders to deal with. And like, you know, Kim Jong–un was one of them. Who else did he say? Did he say Xi and Putin? I don’t know. It was like – it certainly wasn’t anybody that was elected democratically,” said host Joe Scarborough, referring to Trump’s retelling of his correspondence with the North Korean dictator at his rallies.