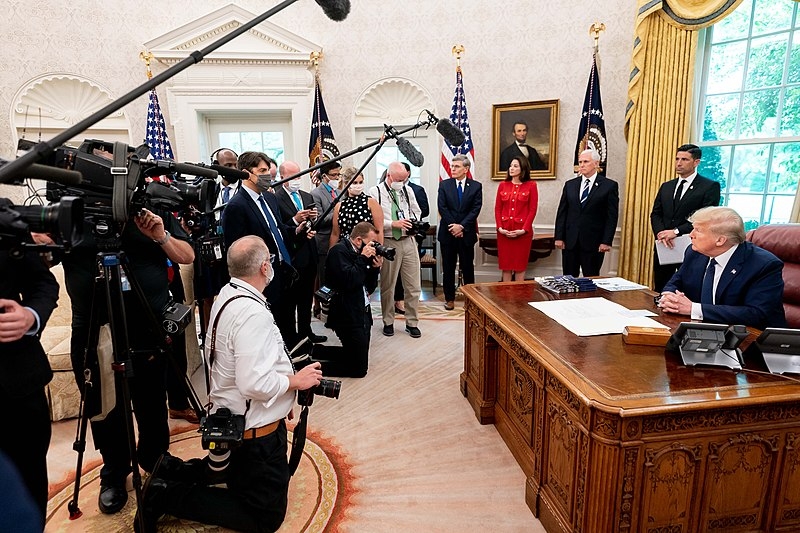 The United States is the country that has been hit by the coronavirus pandemic the hardest. As the death toll has reached over 100,000, President Donald Trump tweeted out his condolences to the loved ones of the victims.

CNN reports that following several attacks on his political enemies, Trump tweeted his sympathies to the loved ones of those who died from the pandemic, which has now exceeded 100,000 in the country. “We have just reached a very sad milestone with the coronavirus pandemic deaths reaching 100,000. To all the families & friends of those who passed, I want to extend my heartfelt sympathy & love for everything that these great people stood for & represent. God be with you!” tweeted Trump a day after the death toll hit the mark.

Prior to this tweet acknowledging the thousands of people who died from the pandemic, Trump tweeted that he is planning to sign an Executive Order regarding the immunity given to the social media platforms such as Twitter, Facebook, and Google. Trump also mocked former vice president Joe Biden for wearing a mask during his first outdoors appearance during Memorial Day. Trump has always refused to wear a face mask in public but has insisted that he wears one in private.

White House Press Secretary Kayleigh McEnany also noted Trump’s tweet. McEnany said that the President took action such as having the flag lowered in half-staff for a few days in an effort to anticipate the number. McEnany also said that Trump deserved credit for his handling of the pandemic, something Trump has also ranted about on social media.

Meanwhile, Trump is up for reelection and his campaign has received another boost by tech company Phunware, that will be partnering with American Made Media Consultants on developing a feature for the Trump campaign app that will enhance its functionality. Founder and CEO Alan S. Knitowski released a statement explaining their partnership that will provide its users with enhanced engagement features such as a feed to stay updated on the campaign as well as helping in fundraising, ticketing for in-person events. The Trump 2020 app is available on both iOS and Android.