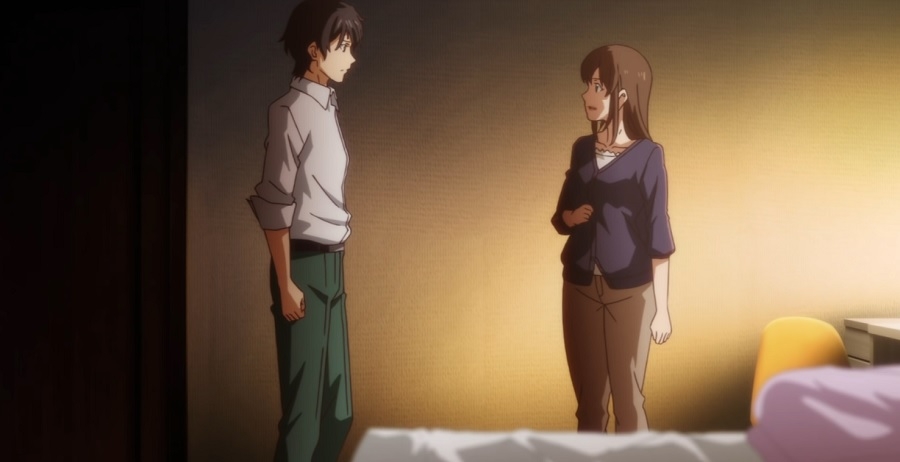 Anime fans are still waiting for the announcement of “Domestic Girlfriend” season 2. But those who have not followed the manga series has one more thing to be excited about, and that has something to do with the entire series’s future plot.

The manga series is still active and having new chapters regularly, but one mystery has not been addressed yet. This mystery will be introduced as soon as “Domestic Girlfriend” season 2 begins.

The first season covered around 72 chapters of the same title manga. That means the first episode of “Domestic Girlfriend” season 2 will introduce the series’s long-running secret that has not been addressed to this day.

It is possible that “Domestic Girlfriend” season 2 episode 1 will pick up from the moment when Rui decided to be more aggressive in making her move. From being in denial of she feels for Natsuo, the first season ended with Rui making bold actions to show her feelings for Natsuo.

Meanwhile, the premiere of “Domestic Girlfriend” season 2 will most likely start with a time jump. Natsuo receives a call from someone, who seems to be his publisher, and wants to discuss his next literary project. The talented writer is extremely shocked when he hears that his publisher wants him to write about how “he got together with his wife.”

The obvious choices are his step-sisters Rui and Hina. Upon reading the chapter that inspires “Domestic Girlfriend” season 2 episode 1, it is also obvious that Natsuo is bothered at the thought of sharing to the world how he met his mystery wife. Given the nature of how he met and got close with both Hina and Rui, his reaction is understandable.

While “Domestic Girlfriend” season 2 will confirm that Natsuo is going to get married in the future, the answer to who is his wife remains a secret even up to the latest manga installment. What fans can certainly expect is for this bizarre love triangle to go on for a long time even in the anime series.