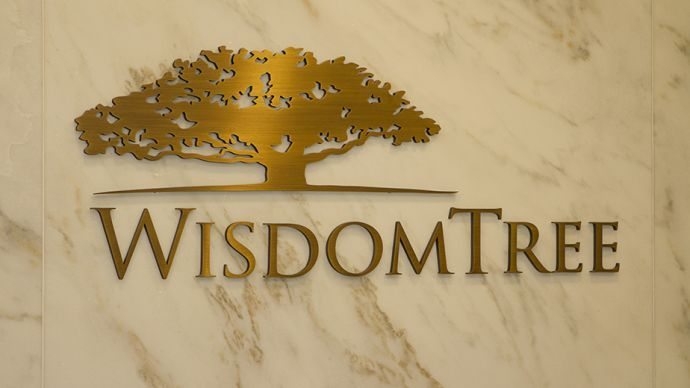 In the recent past, Wisdomtree Investments , which is New York based ETF provider launched a new BTC-based exchange-traded product (ETP) in the name of ‘BTCW’ on Switzerland’s SIX stock exchange.

Well, amid the growing concern about bitcoin ETFs as SEC has been constantly declining its approval, the freshly introduced ETP product on bitcoin by WisdomTree would be quite unique from the other cryptocurrency ETPs traded on SIX, as the BTCW product would be physically backed by bitcoins held in storage.

For now, WisdomTree is looking to deploy a digital currency backed to a basket of assets such as gold, fiat currencies or government debt. They now await to obtain the U.S. Securities and Exchange Commission (SEC’s) approval for their proposal.

The firm administers about $63 billion, perceives the concept of cryptocurrencies and digital assets as a natural extension of its business in exchange-traded funds, according to corporate-strategy director William Peck, according to an interview CEO and founder Jonathan Steinberg provided Financial News.

In the recent past, WisdomTree reportedly invested in a start-up called ‘Securrency Inc.’, which happens to be renowned institutional-grade blockchain developer for the financial and regulatory organization. They are now targeting to deploy the blockchain technology for the ETF markets.

Followed by the recent announcement that it was the lead investor in a new $17.65 million funding round for the start-up company Securrency, which specializes in tools designed to assure regulatory compliance on blockchain systems, WisdomeTree’s intentions of designing & developing stablecoin.

They emphasized earlier that bringing digital currencies to the ETP structure may bring the possibility of liquidity centralization, which in turn could “benefit the underlying digital asset.”

We came across how the lingering apprehensions about cryptocurrency pricing being led by a potential ETP when we look into the white paper titled “Why Cryptocurrency ETPs May Be Good For Investors of David Abner, these concerns are actually not a bad thing and will potentially help investors similar to the way the pricing of Fixed Income ETPs has given investors a unified, transparent and real-time understanding of the pricing of bonds.