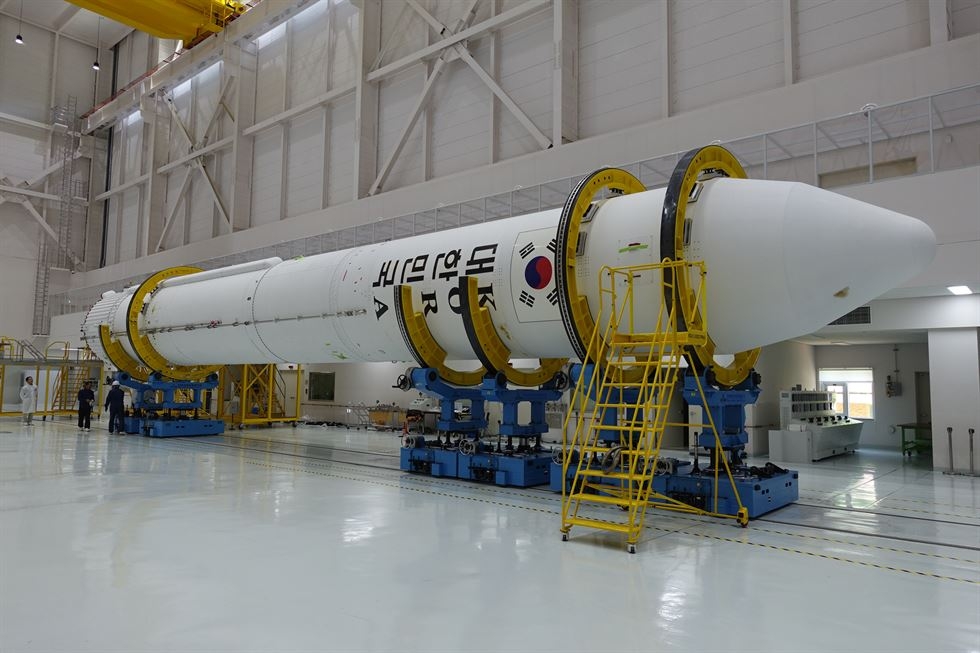 The Nuri will carry a 1.5-ton mock payload for the October launch.

South Korea will launch its first homegrown space rocket Nuri carrying a 1.5-ton mock payload on Oct. 21 as scheduled at the Naro Space Center in Goheung.

The Nuri is now on a launchpad for a propellant fill test to check its systems in extreme climate conditions, according to the Ministry of Science and ICT.

The preliminary launch period was set from Oct. 22-28 with the possibility of schedule changes depending on weather conditions.

South Korea, which has invested around 2 trillion won in the project since 2010, unveiled a test model of the 200-ton Nuri in June.

In May next year, it would carry a 200-kilogram satellite and a 1.3-ton dummy payload.

South Korea successfully launched its first-ever space rocket, the Naro, in 2013. However, the Naro's first stage was built in Russia.