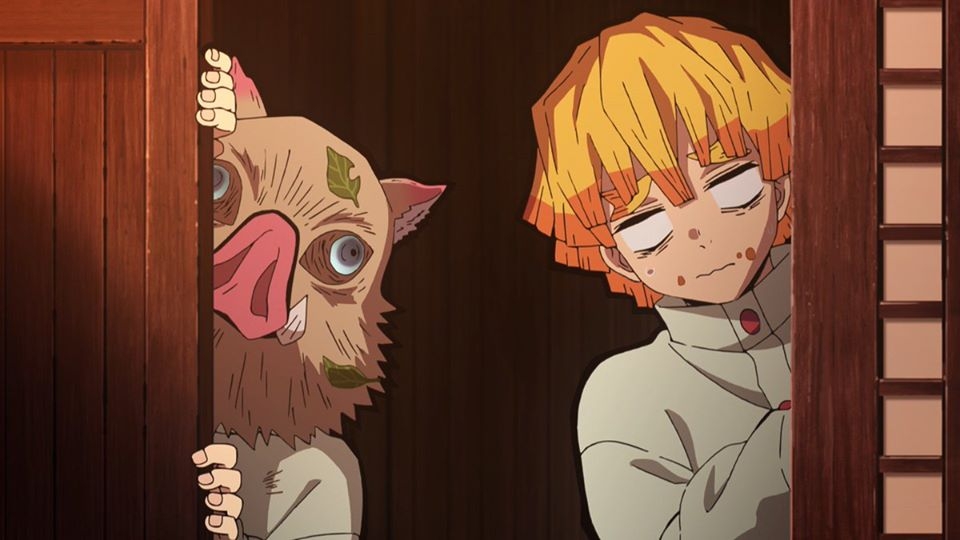 “Demon Slayer: Kimetsu no Yaiba” chapter 205 is finally here bringing the hit manga series to a close. But the action still continues with an upcoming manga spinoff focusing on the Flame Pillar, Kyojuro Rengoku.

The final chapter of the ‘Kimetsu no Yaiba’ manga series, which can be read on Mangaplus, is a bit confusing at first. Apparently, there was a time skip and the setting for the current chapter is already modern-day Japan.

The time skip also means that all the characters such as Tanjiro and Nezuko are no longer around. Instead, the chapter introduced new characters, which is a bit confusing since some of them look a lot like the previous batch of characters.

For instance, there is Kanata Kamado, 16-year-old student who tries to wake up his sleeping younger brother Sumihiko Kamado, who is 15. While it was not specifically stated in the manga, the Kimetsu no Yaiba Fandom site claims that the brothers are the great-grandsons of Tanjiro Kamado who later married Kanao Tsuyuri.

In another house, Yoshiteru Agatsuma is reading The Legend of Zenitsu, an autobiography of his grandfather. He was reprimanded by his Toko Agatsuma for reading the book instead of studying for their upcoming exams. Both siblings are the great-grandchildren of Nezuko Kamado who married Zenitsu Agatsuma.

“Do you believe in reincarnation?” Yoshiteru asks his older sister. “I believe that everyone who fought demons and died for a peaceful world was reborn into a happier life.”

Yoshiteru’s statement suggests to readers that some of the characters are reincarnations of the old ones. For instance, Tenma Uzui, the good-looking Olympic gold medalist gymnast is a reincarnation of Tengen Uzui.

It appears that Yoshiteru is right in thinking that those who worked hard to kill Muzan lived peaceful and happier lives in the present. For instance, the reincarnations of Obanai Iguro and Mitsuri Kanroji are also introduced and the good thing is that they finally explored their love for each other as they are already a married couple in their current lifetime.

However, fans should not feel sad that their favorite manga series has already ended. More demon-slaying action is still to come with the confirmation of a new “Demon Slayer” manga spinoff.

According to Polygon, a short “Demon Slayer” spin-off manga series is already in the works. This time, it will feature Kyojuro Rengoku, the Flame Pillar, as its main character. At the moment, no release date has been announced for the upcoming manga.

The “Demon Slayer” manga spinoff will be written by Ryōji Hirano. He previously wrote “Giyu Tomioka: Gaiden,” a short spinoff about the Water Pillar.