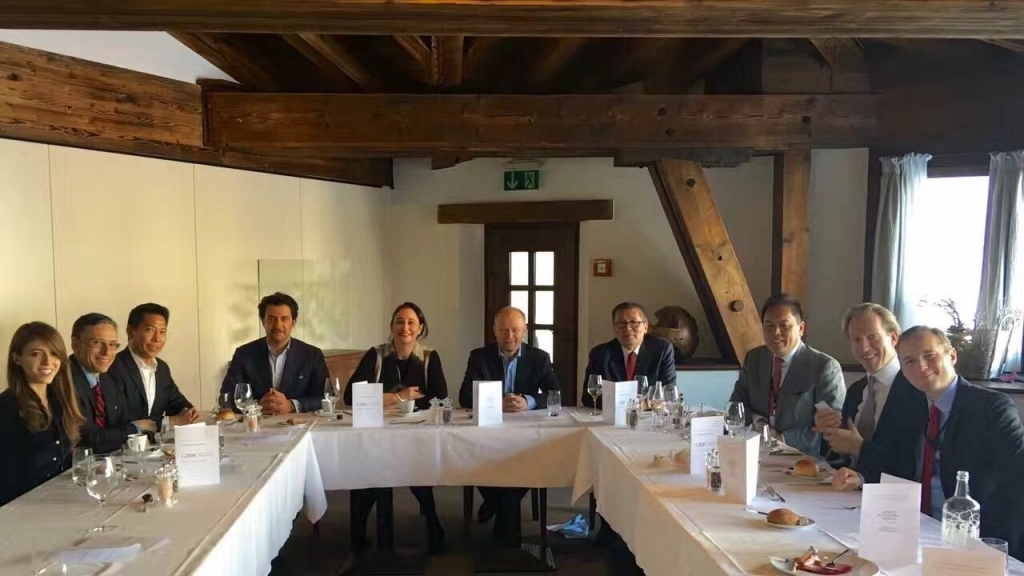 The Inaugural Meeting of the Global Blockchain Business Council (GBBC) was held in Davos, Switzerland, on January 17, 2016

On January 17, the governmental and industrial representatives from China and 25 other countries gathered in Davos, Switzerland for the Davos Forum.

The national representatives provided their progress in blockchain research in detail and reached initial consensus in the fields of global blockchain teaching, business cooperation, standard synergy, and governmental communications on the first conference of GBBC.

EconoTimes Cryptocurrency Survey Please Take 2 Minutes to Complete This EconoTimes Survey And Get a Chance To Win EconoTimes 2017 Diary.

In industry, the layout of blockchain ecosystem is of integrity. From infrastructure to enterprise application, many excellent blockchain and fintech companies like Tai Cloud Corporation, Dian Rong, Oklink are able to compete with the best blockchain companies in the world. Many areas, such as Beijing, Shanghai, Shenzhen, Hangzhou, Ningbo, Ganzhou (Jiangxi) are actively deploying the layout of blockchain industry. It is the first time that the China Blockchain Representatives Team appeared on the World Economic Forum, which marks the efforts by the Chinese blockchain industry to join the global efforts relating to the research of blockchain technology with most positive attitude and action.

The formal establishment of the GBBC will influence more governments and enterprises to know blockchain, and provide a communication and cooperation platform for businessmen and technical experts researching blockchain application areas. Compared with R3 blockchain consortium that is dedicated to the banking transaction and settlement, the main purpose of Council is to create a more widespread mechanism for global blockchain consensus and communications among countries. This attendance of China Blockchain Representatives Team to Davos and formally establishing the GBBC not only enhances international communication, but also strengthens Chinese international influence on this emerging field.

In addition, Chinese President Xi Jinping spoke about global improvement, indicating that China will participate more actively in the international economic activities by constant and stable development and contributions for global economic improvement.

The splendid ideas about openness, sharing, equality offered by blockchain technology have been gradually admitted by the people. Blockchain technology can provide fundamental framework for new global governance, and promote technical support for more equal and beneficial international order. Blockchain technology, one of the most breaking and potential technologies at present, can bring much innovation and improvement in the fields of finance, energy, manufacturing, governance and many other potential fields, as a result of attracting much attention of many countries and large institutions. Hence, it is an important topic of discussion in the Davos Forum.

Blockchain technology has attracted widespread attention by national strategy, industry, academia in China. The People's Bank of China commenced researching real application on blockchain applied on future digital currency at very early stage. Consequently, many blockchain research centers and unions have been gradually established in many areas of China.