Curious Kids: why is the sea salty? 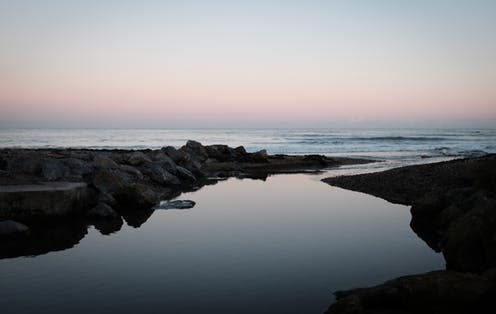 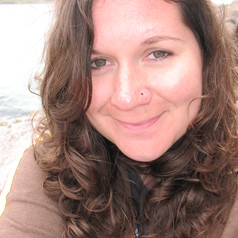 Why is the sea salty? – Torben, aged nine, Sussex, UK.

Two thirds of the Earth’s surface is covered in water, and 97% of that is salty seawater. Only 3% of our planet’s water is fresh, and 2% is trapped, frozen in ice caps, glaciers and soils. That leaves less than 1% as fresh, liquid water in rivers, lakes and streams – and this fresh water plays a big role in explaining why the sea is salty.

Water moves around our planet in a cycle powered by the sun: from the sea, to the sky, to the land and then back to the sea. When the sun heats the water in the sea, it changes into a gas called “water vapour” and rises into the air, through a process called “evaporation”.

Curious Kids is a series by The Conversation, which gives children the chance to have their questions about the world answered by experts. If you have a question you’d like an expert to answer, send it to curiouskids@theconversation.com. We won’t be able to answer every question, but we’ll do our very best.

While floating in the air, the water vapour cools off and turns back into liquid water, forming clouds (through a process called “condensation”). This water eventually falls from the clouds in the sky as rain, sleet, hail or snow (that’s called “precipitation”). 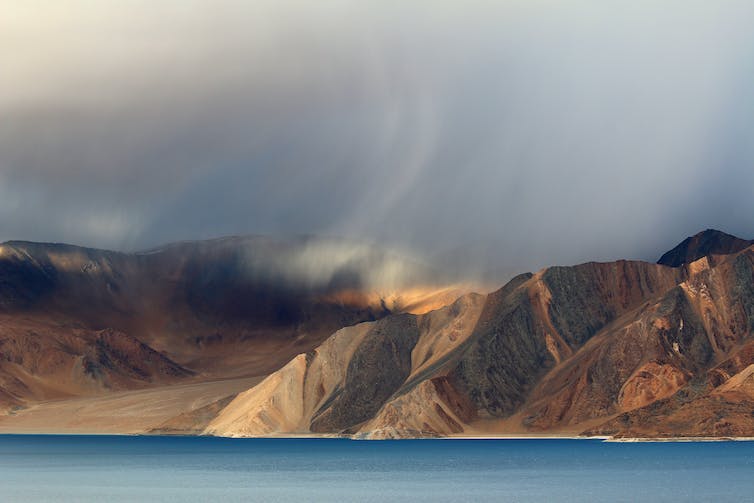 When precipitation falls on land, the water flows into streams and rivers, and eventually makes its way back out to the sea. Then the sun heats the sea water and the cycle starts all over again.

You’re probably still wondering where the salt comes in. Well, the rain that falls from the sky is not just pure water – it actually contains small amounts of chemicals called carbon dioxide and sulphur dioxide, which are absorbed by the water while it is still in the air.

This means that rain is actually very slightly acidic (but not enough to do you any harm). When the rain falls on the ground, this weak acid can dissolve small amounts of minerals from the rocks, including sodium and chloride, which then enter the water. 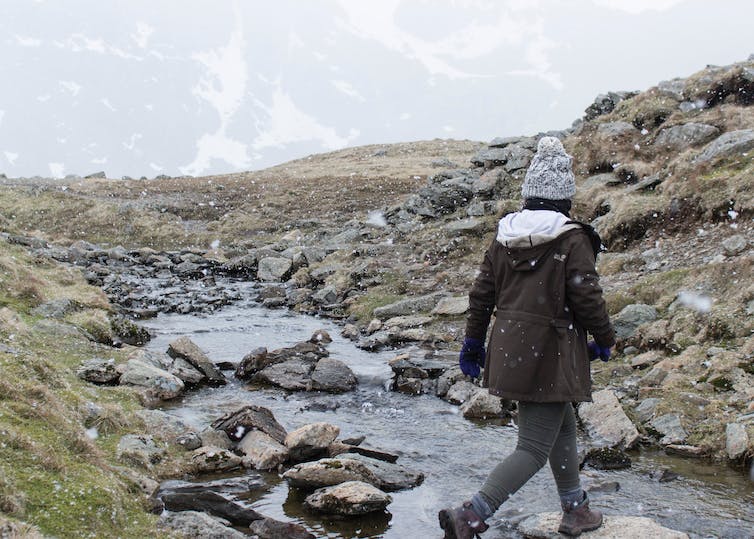 Once in water, the sodium and the chloride join together to form a salt – sodium chloride – which is the main salt in seawater, and the same one you might have on your table at home. The rain water flows off the land and into the rivers and streams that lead all the way to the sea – carrying the salt along with it.

But if the rivers and streams are carrying these dissolved salts, then why aren’t they as salty as the sea? In fact, they’re only carrying very low levels of these salts. The salts in the seas have built up over billions of years, and seawater contains about 300 times more dissolved salts than average river water.

To put it another way, every one litre of seawater has 35 grams of salts dissolved in it, while a litre of freshwater would only have 0.5 grams. That’s why we say that seawater has a much higher concentration of salt – or “salinity” – than the freshwater flowing through rivers and streams.

Some salts can also enter the seas from hot vents on the deep ocean floor and from volcanoes on the land and in the sea. Some salts (particularly chloride) are also moved around as part of the water cycle – these are known as “cyclic salts” and originally came from volcanoes.

Since salt is always flowing from the land to the sea, you might think the sea is getting saltier. But actually, some of this salt is removed by algae and animals that live in the sea, and some is deposited as sediment on the bottom of the ocean. So the salt going into the sea keeps a balance with the salt being deposited or removed.

The salinity of the sea isn’t the same everywhere. In warmer, tropical areas, more evaporation occurs, so the water is saltier. Towards the north and south poles, the seawater is diluted by melting ice, so the water is not so salty. This is natural. 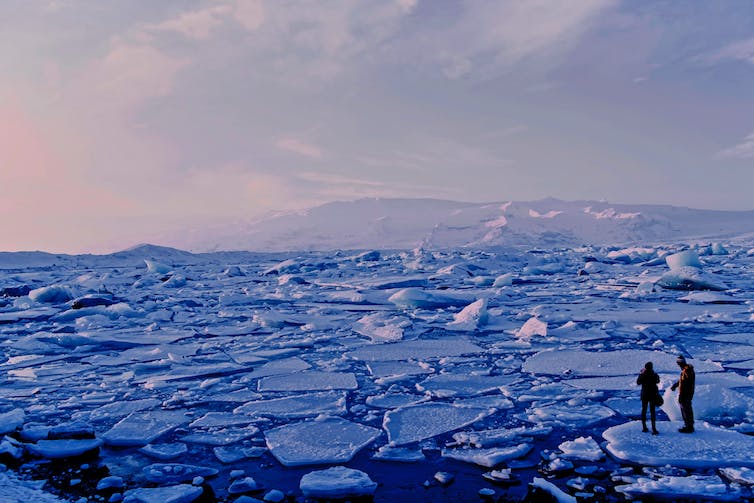 But these differences in salinity might get bigger in the future, because of climate change. Warmer climates may lead to more rain and melting ice in the northern hemisphere, and more evaporation in the southern hemisphere, which could change the saltiness of our seas.

The saltier that water is, the more dense (or heavier) it becomes. Along with warmer temperatures, this could affect how water moves around in the oceans, which could affect all life on our planet – not just the creatures living in the sea.