Critics of the Iraq War also got things wrong 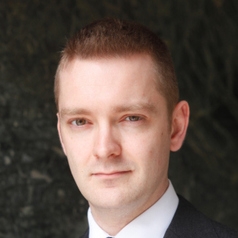 Though the Chilcot Report rightly focuses on the failings of the government and the agencies of the state, it also makes sense to discuss where the Iraq War’s critics got things wrong – and in particular, the three main mistakes the war’s opponents made.

First, many of those who doubted the wisdom of military action asked the wrong questions, focusing on process at the expense of substance. Unsurprisingly, they typically elicted more procedural than substantive responses – and for much of the pre-invasion period, that satisfied them.

In April 2002 Blair visited George W. Bush’s ranch in Texas on the back of the “Axis of Evil” speech. While there, he publicly praised the idea of justified “regime change”. His visit stirred up press and parliamentary opposition, much of it demanding further information. Despite the questions about the nature of the British commitment his statements raised, the mere fact Blair answered questions at all quieted critics for several months.

That much is detectable when we look back over the ensuing press output, as I did in my own research. British newspapers published 45 columns on Iraq in January and February 2002, 226 in March and April, and 45 again in May and June. What Blair actually said mattered less than the fact he said something; he didn’t change minds, but he did shut his mainstream critics up.

Between July and September 2002, the debate on Iraq heated up in Washington while Westminster was on holiday. Journalists and MPs demanded information, and ultimately got the government’s infamous “September dossier” in response.

Polls show the dossier shifted public opinion slightly, though not by much. It changed few minds in parliament or the press. But again, in a pre-social media age, it met the demand for information: 409 newspaper columns addressed Iraq in August and September 2002, but that dropped to 146 in October and November.

Second, too much of the case against war relied on unsubstantiated speculation. Journalists repeatedly warned throughout 2002 that the invasion was imminent, but it didn’t begin for months. They put considerable time and energy into investigating supposed cabinet “splits”, but only Robin Cook ultimately resigned. (Even Clare Short came on board in the end.)

Ministers found it relatively easily to dismiss hypothetical questions, but journalists and MPs kept asking them. Was Tony Blair visiting Bush to get his marching orders? Was regime change the sole objective? What would happen if the UN Security Council remained divided?

Most of the time, the government simply replied that “we have taken no decisions” on the use of force. That was not entirely true. But while plenty of commentators argued that ministers were lying, nobody asked what decisions actually had been taken.

As Chilcot’s report has made clear, Britain was engaged in active military contingency planning from at least October 2002, before the UN Security Council passed Resolution 1441. But Blair feared the media would not distinguish between contingency planning and a commitment to using force – so he kept it quiet.

That was his fault, of course. But reading through the press coverage during this period, it is difficult to conclude that he was wrong. Even Robin Cook, one of the war’s most outspoken critics, condemned the volume of speculation.

Third, most critics ultimately resigned themselves to the inevitable. Cook of course left the cabinet over the decision to go to war in Iraq. He made a devastating statement in the House of Commons that systematically unpicked the official case for war. But he also pulled his punches. Both his account and Alastair Campbell’s agree the two men choreographed Cook’s resignation to avoid damaging Blair.

Clare Short also opposed the war from within the cabinet. She took a very different course. Having condemned Blair as “reckless” on national radio, she then decided not to stand down. Her U-turn left her a “laughing stock” among people on both sides of the debate.

More than a million people marched against the war on February 15 2003. Most apparently considered one protest enough and only a dogged few ever took to the streets again. One prominent slogan summed up their mood: “not in my name”. Given the mood of resignation that soon set in, it sounds less like “don’t do it at all” than “don’t blame me”.

Arguably they got their wish. Blair still gets the blame for Iraq, after all.

Tony Blair apparently decided to take Britain to war in Iraq relatively early in the pre-invasion period. In private, he seemed convinced by March 2002. He deserves criticism for insisting “we have taken no decisions” even after authorising initial military planning. He faced down opposition, trusting his own judgement over that of his critics. He was always unlikely to change course.

Hopefully the Chilcot Report will help future leaders make better decisions. Between the widespread recognition that Iraq turned out disastrously and the need for cabinet and parliament to be included in the decision-making process, there are good grounds for optimism.

But to really learn the lessons of Iraq, we need to do more than criticise the government. We need to criticise its critics, as well. They asked the wrong questions, they were too cynical rather than sceptical, and they resigned themselves to the inevitable. They bear partial responsibility for failing to stop the war.

James Strong does not work for, consult, own shares in or receive funding from any company or organisation that would benefit from this article, and has disclosed no relevant affiliations beyond the academic appointment above.