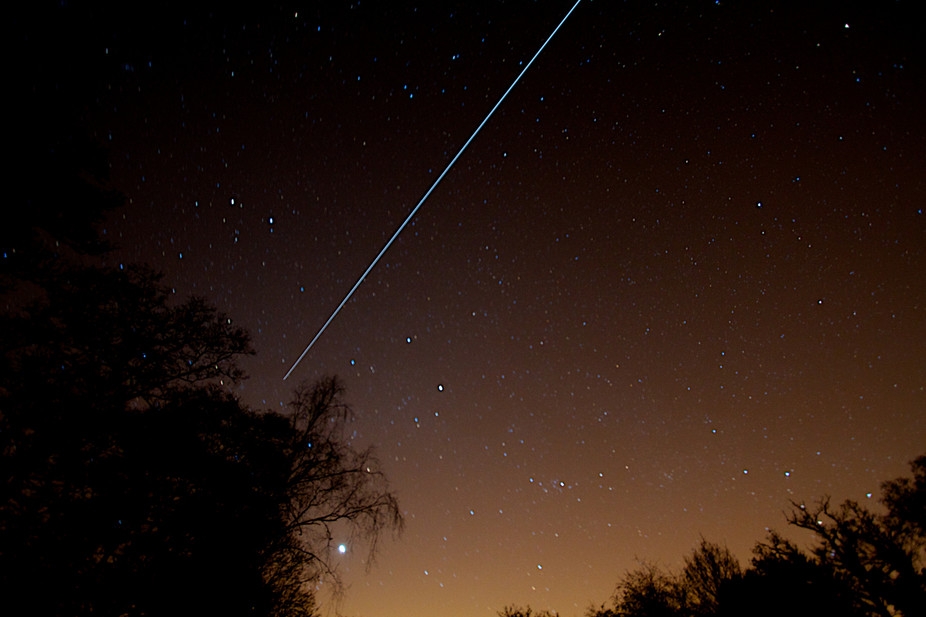 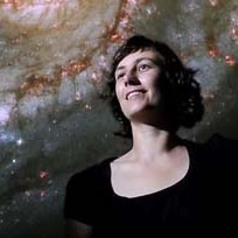 Look west in the evening sky and Venus is almost impossible to miss, shining with a brilliant steady light. In fact, it is so bright it’s often mistaken for a plane.

On the evening of Friday October 28, Venus is going to pair up with the planet Saturn and in a rare treat, the International Space Station (ISS) will be seen gliding right past the two planets.

But heads up Darwin, you’ll catch a preview of the show on Thursday October 27.

From Darwin on Thursday, and from Sydney and Perth on Friday, the ISS will pass just below Saturn and just above Venus.

The ISS is regularly seen in the sky - it looks like a bright star that steadily moves - but having the ISS line up so perfectly with the two planets is really special.

Friday evening, Brisbane and Canberra will see the ISS pass very close to Saturn, from Melbourne and Adelaide the ISS will be a little further above the two planets, and from Hobart the ISS will travel just below Mars, which is found high in the western sky, well above the two lower planets.

To obtain precise timings for when the ISS is due to pass over your location check out NASA’s Spot the Station and for star charts of the ISS passes, I recommend the website Heaven’s Above. Meeting of the planets

Venus is always dazzling to stargazers, being that it is relatively close to Earth and its thick cloudy atmosphere does a great job of reflecting sunlight. It’s no wonder it is often called the “evening star”.

Over the past week, Venus has been moving a little higher in the sky each night, approaching the planet Saturn. Saturn meanwhile, has been drifting towards the western horizon for the last month, alongside the constellation of Scorpius. Special treat for Darwin, Sydney and Perth to see the ISS pass so closely to the pairing of Venus and Saturn. Museum Victoria/Stellarium

Scorpius is one of the easiest constellations to identify in the sky, as without too much trouble it can be imagined to trace the shape of a scorpion.

Start with the three “claw stars”, and above them sits the red supergiant star Antares. This old-aged star is easily found sitting to the left of Venus and Saturn and its reddish glow marks the beating heart of the scorpion.

Now trace the curving line of stars that extend above Antares to make the scorpion’s hooked tail.

Friday evening, Venus will be found sitting exactly between Antares and Saturn and it’s a cosmic coincidence, that the ISS will move right through this part of the sky at the same time too.

It’s now 16 years that humanity has had a permanent presence in space. The first crew to live and work on-board the ISS were launched from Russia on October 31, 2000, and arrived at their new home on November 2 that year.

The original crews spent around four months on station and consisted of three astronauts. Currently on-board the station are six astronauts, making up the crews of Expedition 49/50.

The Expedition 49 Commander Anatoly Ivanishin of the Russian space agency Roscosmos, and Flight Engineers Kate Rubins of NASA and Takuya Onishi of the Japan Aerospace Exploration Agency (JAXA) are due to undock from the station on Saturday, October 29 having spent 115 days in space. Expedition 49 crew members will be returning to Earth on October 29. NASA

Their 3.5 hour trip back home will be made on board a Russian Soyuz spacecraft. The spacecraft is made of three parts: the Orbital Module and Instrumentation/Propulsion Module are jettisoned prior to re-entry, while the crew is snug and safe inside the central Descent Module.

The Descent Module is built to withstand the extreme heat generated as it plummets through the Earth’s atmosphere. The Soyuz lands on the open plains of Kazakhstan, home of Russia’s Baikonur Cosmodrome. One of the ways to help cushion the astronaut’s fall is that each astronaut has their own custom-fitted seat liner that is perfectly moulded to match their body shape and provide a snug fit.

Remaining on the station will be NASA astronaut Commander Shane Kimbrough and crewmates Sergey Ryzhikov and Andrey Borisenko of Roscosmos. They will operate the station for three weeks until joined by three new crew members - Peggy Whitson of NASA, Thomas Pesquet of the European Space Agency (ESA) and Oleg Novitsky of Roscosmos - who are scheduled to launch in November from Baikonur, Kazakhstan.

In all 225 people have visited the ISS, which includes 105 astronauts who have been part of long-term crews, 113 who made short-term visits to the station (such as part of a space shuttle crew docked to the ISS) and seven tourists.

If you’re interested to know what’s happening on the station right now, then head to NASA’s live stream from the ISS. Not only can you see amazing views of the Earth, but when the crew is on-duty you can see what’s going on inside the station including audio of conversations between the crew and mission control. A Soyuz spacecraft docked to the International Space Station. NASA

FxWirePro: Turkish lira at its lowest since August 2018 on worries over coronavirus impact

FxWirePro: GBP/AUD likely to break below key fib and trendline