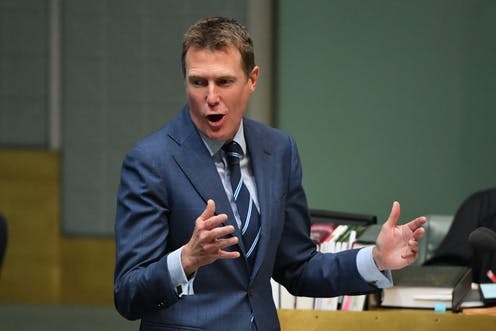 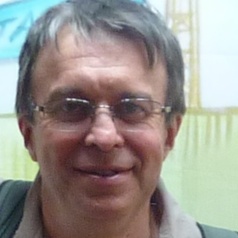 When Prime Minister Scott Morrison announced the formation of five working groups of employers, unions and government officials in June 2020, he signalled an unexpected twist to industrial relations reform.

Some observers anticipated a new politics of consensus — or even an Accord 2.0. The working groups met over several months.

They need not have bothered. The newly-released “omnibus” bill was mostly as partisan as if the working parties had never existed. To some, the omnibus looks old, oddly familiar and somewhat shady. Real reform is as distant as ever.

When an agreement over one issue was reached between the unions and the body representing large employers, it was quickly scuttled by other employers and the federal government itself.

The bill that the government released last week was organised along the five themes of the working parties.

Employers wanted to overturn two Federal Court decisions that gave a legal entitlement to annual leave to many long-term leave-deprived employees. Employers wanted a definition of casuals that avoided any possibility of a leave entitlement, and retrospective voiding of any previous entitlement.

To unions, these court decisions had ended a long-standing rort enabling employers to avoid their legal responsibilities. Unions wanted the chronic insecurity facing casuals to be reduced.

The bill meets employer demands. It enables employers to define any employee as a casual, with no leave entitlements or job security, at the time employment commences, provided certain conditions were met. This is more about power than genuine flexibility in work. Existing casuals lose any previous entitlement to leave if they received the casual loading.

Employers’ initial agenda had been for simplification of awards, by reducing or removing penalty rates, overtime pay, or other payments. But the government was unwilling to face the political problems with this. It was haunted by the loss of the 2007 “WorkChoices” election. So the focus switched to award “flexibilities”.

The main effect, though, may be to minimise employers’ incentive to take on additional workers, as they could cheaply increase hours for existing workers.

The bill also allows employers to give “flexible work directions” to employees to perform new types of work, or at new locations, if it is reasonable to “assist in the revival of the employer’s enterprise”. As “revival” is not defined, there is a lot of scope for discretion by members of the Fair Work Commission to interpret this. This matters as some say that, since 2013, the notion of “balance” in appointments to the commission has “been abandoned”, with most appointments coming from the employer side of the table.

Both unions and employers claimed the enterprise bargaining system was too complex, but without any agreement over how to simplify it.

Some employers had called for the “better off overall test” (BOOT) to be abolished. The BOOT meant an agreement had to make any worker better off compared to under their award.

The bill tries to override it for a specific, albeit large, group (workers in firms that could claim they were affected by COVID-19) and for a specific time (agreements must be made within two years, though their effects could last many more). It has provoked so much opposition that the minister has appeared to back away from it — possibly throwing that idea under the omnibus.

The bill would reduce scrutiny of agreements, allowing only short periods before approval, cutting opportunities for employees to consider them and restricting the ability for unions to comment on non-union agreements. While non-union agreements cover only a small proportion of employees, they have lower average wage increases, are less likely to be genuinely negotiated. They are also more susceptible to loss of award conditions. This means they are more vulnerable to exploitation.

The main complexity in the enterprise bargaining system is the barriers put to unions seeking agreements. The bill addresses none of these, instead aiming to make non-union agreements easier to make. Nor does it address how an agreement with a few employees can deny the rights of a whole workforce, employed later. They lose all rights to negotiate through industrial action. Ironically, in other industrialised countries, non-union agreements are impossible anyway.

Greenfields agreements are agreements that cover a new project, usually in construction, but also (less commonly) outsourced services, new ventures and, rarely, theatrical shows. The main employer objective here was to increase the duration of agreements on large construction sites. On this, the bill delivered.

For up to eight years, any employees recruited to a new “major” project initially approved by a chosen union will be unable to negotiate better conditions through industrial action. A major project is anything worth above $250 million that the minister declares to be “major”. That’s about the size of a motorsport entertainment complex in Toowoomba or a medicinal cannabis plant in South Australia. That’s a lot of employees denied the right to negotiate over a long period.

Unions have long complained about systematic underpayment and “wage theft” by many employers (heightened since the loss of union rights of entry) and about business models, such as franchising and sub-contracting, that encourage it.

The bill partly addresses this by criminalising certain deliberate instances of this behaviour. It would override laws some states have.

These provisions are uncontroversial and indeed welcomed by unions.

However, the biggest problem is not that the maximum penalty is too low. Already the maximum is rarely used, and many offences are ignored. Not many are caught, and punishments are light.

True, increasing the threatened punishment for the most egregious offences might discourage wage theft. But the assertiveness of administrative action seems to be the main factor shaping employer behaviour. If you think you won’t be caught, let alone punished, you’ll keep on doing what you’re doing.

Every industrial relations reform is proclaimed by its proponents as being “commonsense” and “practical”. This bill is no different.

Like most industrial relations reforms, though, it is principally about affecting who gains income and power in the workplace. The wage theft provisions purport to favour the most disadvantaged, though with uncertain effects. The remainder, more simply, favour employers over employees.

The most important changes that could be made to simplify enterprise bargaining — removing the many obstacles facing employee representatives — have been thrown under the omnibus.