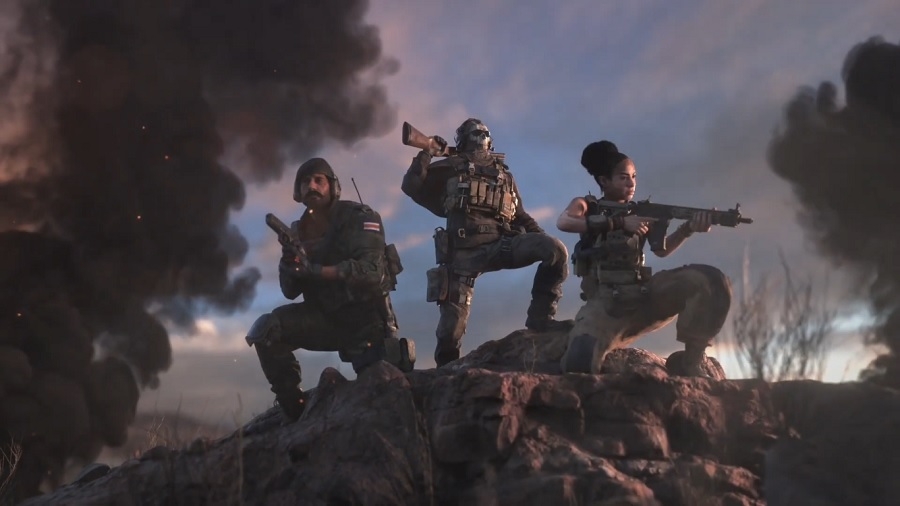 Activision announced on Thursday that the “new era” of the “Call of Duty” franchise includes a mobile version of “Call of Duty: Warzone.” The game, not to be confused with the existing “CoD: Mobile,” is slated to launch next year with content and features similar to its counterparts on PC and consoles.

The publisher unveiled the official trailer for “Call of Duty: Warzone Mobile,” along with quite a comprehensive blog post detailing what mobile gamers can expect. The game is slated to feature similar content that will be released in the upcoming “Modern Warfare II” and “Warzone 2.0.”

“Call of Duty: Warzone Mobile” is also free-to-play with battle royale elements that will let fans join matches with up to 120 players. Activision said the game’s development is a multi-studio effort joined by Activision Shanghai Studio, Beenox, Digital Legends, and Solid State Studios.

The mobile game will launch with the Verdansk map that includes all the areas currently enjoyed by “Call of Duty: Warzone” players. The blog post notes, though, that the mobile version will feature a “closed” version of the Stadium. Later on, Activision will also bring the Al Mazrah map, currently in development for the second iteration of “Warzone.”

One of the unique features of “Warzone” is the Gulag prison, and Activision confirmed it is making its way to the mobile game as well. When players die in the main game, they are first sent to a secret training facility known in the franchise as Gulag. They have to engage in a 1v1 fight with another killed player, and whoever wins gets a second chance to return to the main game.

The plan to bring “Modern Warfare II” and “Call of Duty: Warzone 2.0” to the mobile game is not surprising since Activision is already doing that for “Vanguard” and the current “Warzone.” But the publisher also confirmed that the mobile game would support cross-progression for the “Warzone” Battle Pass. This means all the progress they make when playing “Warzone” on PC or console will be carried over when they play on mobile devices while on the go.

A specific release date for “Call of Duty: Warzone Mobile” is still unknown, but Activision said it will launch sometime in 2023. Fans can pre-register now on Android and iOS.