Brock Lesnar criticized by Tito Ortiz, Chuck Liddell; Accused WWE star of not being able to take a hit 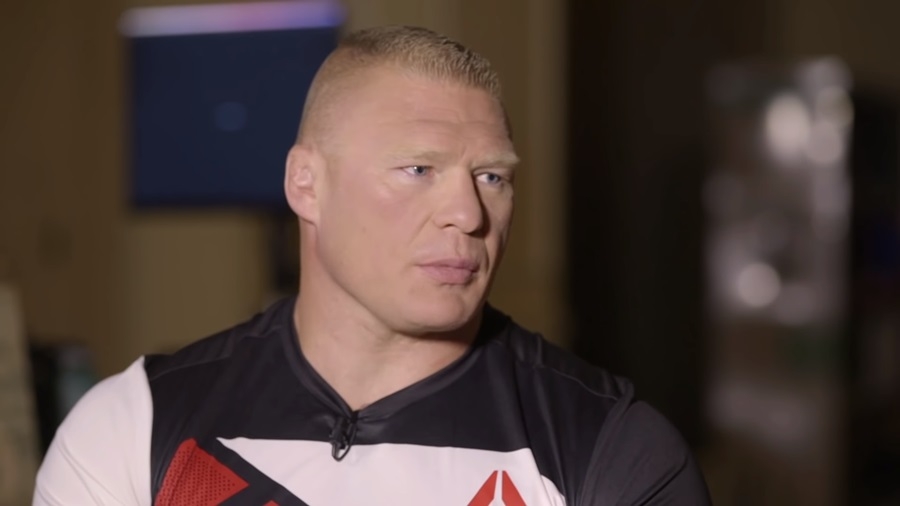 Brock Lesnar’s days in the UFC days might be over, but that doesn’t mean he isn’t mentioned in the mix martial arts conversation from time to time. The hulking wrestler came into the world of professional fighters with a giant splash as he rocked high-level opponents with his massive frame and devastating strikes.

But even though Brock Lesnar is a world-class athlete, there have been criticisms about him not being durable enough to take hits. Sure, he may have endured some punishment during his days with the UFC, case-in-point his match against Shane Carwin, but overall, the WWE star hasn’t shown true grit in the cage.

Indeed, UFC legends Tito Ortiz and Chuck Liddell have once again brought up this narrative after sitting down with the Adam Corrolla Show. The accomplished fighters touched upon UFC Light Heavyweight champion Jon Jones during their conversation, and the discussion drifted towards Brock Lesnar, IBT reported.

Brock Lesnar unlikely to return to the UFC

Ortiz and Liddell both agreed that despite Brock Lesnar’s intimidating stature, his fear of taking damage had been one of the many reasons why the WWE star hasn’t lasted with the league. This accusation can be observed when Lesnar fought against Alistair Overeem and Cain Velasquez. So is there any possibility that The Next Big Thing is returning to the octagon?

Not really. Although there is certainly the chance of Brock Lesnar stepping into the cage once again, the possibility is really low on account that UFC President Dana White previously said that there are no current plans to bring the WWE star back into the fold.

Brock Lesnar is too slow for Jon Jones

In late August, speculations were being thrown around the web claiming that Brock Lesnar may be looking to return to the UFC. WWE legend Kurt Angle was the one who ignited the narrative, saying that Lesnar is eager to fight Jones at some point in the future.

“I know he said that he’s retired. The one fight [Brock Lesnar] wants, and I don’t know if it’s ever going to happen, but he wants to go up against Jon Jones,” Angle said.

After the news spread out, Jones responded via Twitter and said that he'd only embarrass Brock Lesnar if they happen to collide in the octagon. Jones said that Lesnar is simply too slow for him. Add the fact that Lesnar isn’t as durable as he looks and Jones having a penchant for throwing brutal knees and sharp elbows, and the conversation can be put to rest from there.