Britain is no longer an island: a historian's take on the Brexit debate 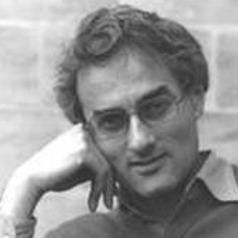 When, in 1962, Labour politician Hugh Gaitskell opposed joining the European Economic Community because it meant “the end of a thousand years of (British) history”, he was appealing to a well-entrenched mindset.

This was the idea that British history is unique – that it should be studied apart from that of western Europe because the course of that history was, in fact, separate. One had to study European history, to observe alien, external presences such as Louis XIV, Napoleon and Hitler, but still Britain was the centre of the historical universe. Everything else merely rotated around it.

In 2016, a good deal has changed. Such views are held only by a small minority. Yet they do continue to exist and they deserve examination. Hence the existence of a small group who call themselves Historians for Britain – though it’s unlikely that there are any who think they are against Britain.

This is particularly important given the cultural questions being asked ahead of the EU referendum. What makes Britain British? What makes England English or Scotland Scottish?

The conception of British and English history that prevailed between the Glorious Revolution of 1688 and World War II was very powerful.

It was self-interested – what local perspective is not? – but it drew on central realities. The most important was that England’s, and after 1707, Scotland’s political constitution was radically different from that of the principal western European states.

In 1688 the nation’s medieval parliament was established as the centre of the political system, whereas elsewhere in Europe parliaments had been largely abolished or sidelined, or else ignored, in the case of newly emergent states such as Prussia.

The centre of modern continental systems lay not in parliamentary chambers but in written constitutions and codes of human rights. The institutional cement that held a polity together was not the representative assembly but an idea of law.

For example, from 1850, the allegedly reactionary Prussia had a code of human rights better founded in law than Britain has today. So the human rights introduced into British law by the act of 1998 remain subject to the discretion of parliament, and this is why politicians today can talk apparently light-heartedly about replacing a convention on human rights with one confined to the rights of the English.

Britons saw their system as superior and historical events offered much apparent justification for this. There was no despotism in 18th-century Britain; no revolution after 1789; and no dictatorship in the 20th century. There was instead a uniquely successful combination of liberty and order. And if this was not enough, there was also a unique prosperity. The nation of shopkeepers despised by Napoleon was the most affluent in Europe.

Since 1914, and much more obviously since 1939, this view of the world has collapsed. The world wars showed that Britain could not defend its parliament and traditional “English” liberties without help from the Americans and Soviets – and the uniform American hostility to Brexit is easily explained.

Since 1945 the idea of a uniquely privileged Britain standing above and outside Europe has also disappeared. Even the most convinced eurosceptic does not now argue, as a Victorians would have done, that there is no comparable political liberty or material prosperity across the Channel. In the 18th and 19th centuries one only lived abroad if one was too poor to live in Britain. Now those with money are happy to invest in second homes in France, Italy and Spain.

Meanwhile, the history taught in British schools, universities and the media is dominated by a “global” agenda: ancient Rome, China, the Nazis, the Cold War, the histories of women and consumption, and so on. The study of British history will always be important, but there can be no doubt that times have changed.

The British political system is still organised around parliament, while today’s EU is a quintessentially a continental and legal construction. It’s not that continentals understand documents such as the Maastricht Treaty any more readily than the British do; but they are more prepared to accept the validity and force of apparently abstract legal instruments.

The centuries of history which produced a very distinct British evolution have been cancelled out by what has happened over the past hundred years, and the alleged invasion of British sovereignty in that time – which is simply globalisation by another name – was bound to have happened in one form or another.

We have to decide what form of regional and global connections we want today, unless we wish to be little Englanders. But anyone who thinks like this should remember that even in Victorian Britain, “little Englander” was a term of abuse. The most important contribution history can make is what any teacher tries to achieve through historical education: that is, training the eye to look at big issues with a cool, sober, and well informed gaze.

Peter Ghosh does not work for, consult, own shares in or receive funding from any company or organization that would benefit from this article, and has disclosed no relevant affiliations beyond the academic appointment above.