Brexit: what the EU and UK still don't agree on 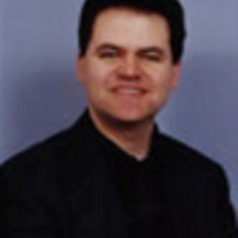 As expected, the leaders of the EU27 decided at a summit in Brussels on October 20 that there had not been “sufficient progress” in the negotiations on the UK’s withdrawal from the EU to move on to talks about a post-Brexit trade relationship.

Some backbench British MPs and commentators, frustrated at the absence of talks on the trade relationship to date, would like the UK to break off negotiations and leave the EU without any withdrawal agreement. So how close is the UK to reaching the “sufficient progress” threshold – and what would it take to reach it by December, when the next European Council meeting is scheduled?

Until now, according to the EU27’s guidelines and negotiation directives, the EU27 and the UK have been focusing on three main issues: Northern Ireland; financial contributions by the UK; and the position of EU27 citizens in the UK – and UK citizens in the EU27 states – after Brexit.

There are also a series of less politically sensitive technical transitional issues, such as the position of goods placed on the market before Brexit day. Only once the EU27 judges sufficient progress has been reached in the three main issues will it be willing to discuss a transition to the UK’s future relationship with the EU27 (including trade issues), and the broad outline of that future relationship.

On Northern Ireland, the two sides have agreed on the principle that there should be no “hard border” between the UK and the Republic of Ireland in future, but not yet on the details. The UK has stated that it is willing to continue the Common Travel Area between Ireland and the UK by not checking people who cross the Irish border. Instead, it proposes to control immigration by checks on people after they enter the territory – for example by employers, landlords and universities.

The difficult issue is not the movement of people across the border, but the movement of goods. Once the UK side diverges from EU rules on trade with non-EU countries, the logical consequence would be the need to check that goods crossing the border into Ireland are consistent with EU rules. The UK’s planned Customs Bill would set out a legal framework for a solution to this problem but the EU27 is not yet satisfied that it would work. Talks on this may need to be delayed until the second phase of the talks as the issue is linked to the future EU27-UK relationship.

On the UK’s financial contributions, Theresa May’s recent Florence speech laid out plans for the UK to apply most EU rules during a “transition period” of about two years after Brexit day, including a continuation of current financial contributions. But the EU27 side also wants more specific commitments on other issues, such as EU staff pensions and EU budget payments that were committed prior to Brexit day but are due to be paid after. This is the most contentious part of this phase of the negotiations.

On citizens’ rights, many issues are agreed but some key points are not. The EU27 is reluctant to guarantee voting rights, free movement of UK citizens within the EU27 and recognition of qualifications in all cases after Brexit.

For its part, the UK has not yet agreed to keep applying the current family reunion rules, the right of return, or the export of benefits for EU27 citizens after Brexit. There are also issues for the UK about the cut-off date after which EU27 citizens moving to the UK will no longer retain rights, EU27 citizens obtaining permanent residence, and the role of the European Court of Justice in the future.

It is likely that some further clarity on financial contributions, and splitting the differences on citizens’ rights, may be enough to constitute “sufficient progress” in the EU27’s view by December. But that simply leads to another set of difficult issues to negotiate.

Although the UK has accepted the idea of a transition period, there will be many questions of detail to discuss – for instance, whether the UK should accept European Court of Justice rulings or new EU laws during that period.

As for the future EU-UK relationship, while the UK government has put forth suggestions on issues such as foreign policy and police and criminal law co-operation, civil litigation and data protection, it does not yet have a detailed position on the future trade relationship.

The cabinet is reportedly divided on this issue. So, it may end up that for the Brexit talks, the light at the end of the tunnel turns out to be an oncoming train.

Steve Peers receives funding from the Economic and Social Research Council: a Priority Brexit Grant on 'Brexit and UK and EU Immigration Policy'.