Brexit in the Supreme Court: when populists attack the rule of law, we all lose 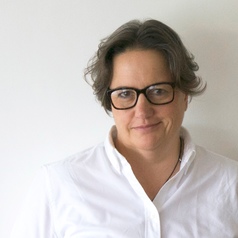 When members of the UK parliament returned to the House of Commons following the Supreme Court’s ruling that the government’s prorogation was unlawful, the attorney general, Geoffrey Cox, questioned their “moral authority”. But he also gave a subtle defence of the rule of law: robust disagreement with judgments was one thing, he said, but an attack on judicial motives and independence was another.

Even Boris Johnson preceded his criticism of the court’s decision by saying he had the “highest respect for our judiciary and the independence of our courts”.

Subtlety was never going to be the tone of the day though, and these fine distinctions were overwhelmed by much louder and generalised attacks on the judiciary. The leader of the house, Jacob Rees Mogg, branded the judgment a “constitutional coup”. Conservative MP Desmond Swayne made menacing calls for the court to be abolished entirely.

These voices echoed Brexit campaign group Leave EU’s branding of the “elitist Remainer logic at the top of our judiciary” and the Daily Mail’s earlier casting of High Court judges as “enemies of the people” following their last Brexit ruling.

Politicians and the courts

These assaults are often related to Brexit but the sad truth is that such attacks on the judiciary are not new.

May famously misrepresented a legal ruling in 2011 when she blamed a local court for blocking the deportation of a Bolivian citizen “because he had a pet cat”. Despite clear criticism of May’s mendacious account of the judgment, the Daily Mail continued to defend her view that the cat saved the day.

Why wouldn’t it? Elements of the press had been peddling their unsympathetic accounts of human rights cases for years.

Similarly, as Home Secretary, Theresa May declared herself “appalled” by a Supreme Court decision granting review rights to registered sex offenders. Similar lines were taken in the tabloid press in response to the judgment. Given all this, it is unsurprising that May attacked “left-wing lawyers”’ at her party conference soon after becoming prime minister.

Attacks on the rule of law go even further back, and beyond the executive realm. Despite a 2006 ruling that the UK was in breach of the European Convention on Human Rights by banning prisoners from voting, parliament refused to grant them this right for more than a decade – much to popular approval.

So it is welcome that, in this latest case, there has been widespread shock at the government’s criticism of the Supreme Court. Such a response is understandable. This time the rights of many people are at stake – not just the rights of marginalised minorities. This time, the court has ruled that a prime minister cannot simply suspend the democratically elected chamber of the national parliament as and when they like. Certainly, the attacks on the independence of the Supreme Court’s latest prorogation decision matters to all Britons, as it is also an attack on everyone’s rights to political representation in a parliamentary democracy.

But has this push back come too late? Can the tide still be turned after years of mute public and political response? And is it possible to undo two decades of politicians and tabloid media refusing to engage honestly with the substance of judicial decisions with which they disagree?

To resist erosion of the rule of law we have to understand the challenge clearly. Populism takes hold where it successfully engages “the people” in a narrative that contests the rule of law ideal, an ideal which is premised on the notion of an independent judiciary deciding without fear or favour. Populists are most likely to do this when judges stand in the way of authoritarian power. And their strategy is working all over the world. Hard Brexiteers in the UK are learning from Poland, Hungary, Turkey, Russia and the US that a declining public devotion to the rule of law can make it relatively easy to weaken the system to give greater freedom to authoritarians.

The fight to stem the tide of authoritarianism depends on establishing a defence of the rule of law which has real purchase on the public imagination. This narrative must be capable of persuading the broader public of the essential value of constitutionalism. If we fail to establish this counter-narrative, liberal democracy as a whole is threatened.

As tensions boiled over in the House of Commons, Labour Party and Co-operative MP Anna Turley tweeted: “When fascism comes it will be wrapped in posh accents from pompous, entitled, over-educated caricatures chuckling at their own law-breaking.” Having observed right-wing coverage of human rights judgments for the past 20 years, it is hard not to feel that this tipping point is close.