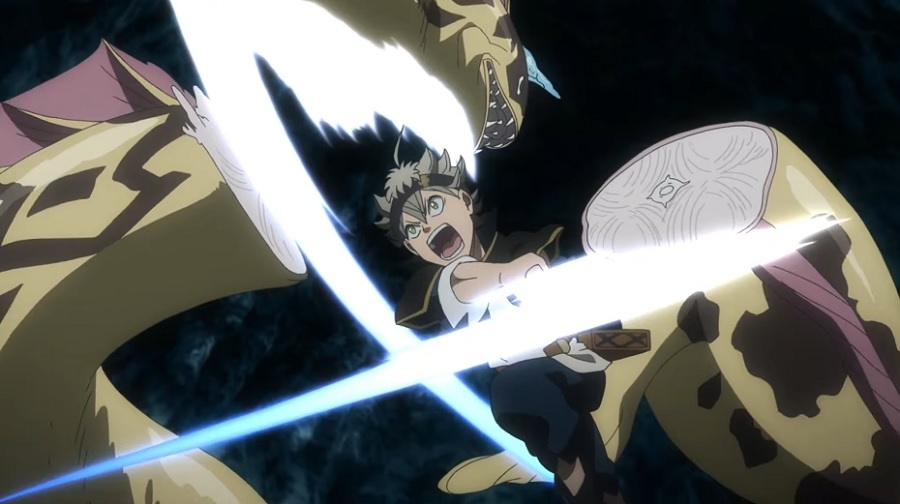 With the season almost over, the stories in the anime series also becoming closer to patching up the events between the alliance of Heart and Clover Kingdoms was forged and to when they will be attacking the Spade Kingdom and the devil Megicula. Before that, it appears that a “special training” is about to start in “Black Clover” episode 149.

Most of the scenes included in the “Black Clover” episode 149 official preview suggest that the new, anime-original story arc will be focusing on events happening in the Heart Kingdom. The teaser opens with the queen of the Heart Kingdom seemingly getting suddenly sick while talking with Asta, Julius, Yami, and the others.

A reported “Black Clover” episode 149 synopsis mentions the start of a “special training session” as initiated by the Heart Kingdom. The same source suggests that the main focus of this training is to have the Magic Knights work with Heart’s elite Spirit Guardian. This explains the presence of Gadjah in the video teaser, but what’s more interesting is the seeming tension brewing between him and Yami.

Meanwhile, the recently closed story arc that featured a group called Devil Believers will still have some connection with the events in “Black Clover” episode 149. The official preview is being narrated by Secre, who later appears in the trailer as well. She appears to be working on something with the Wizard King Julius Novachrono.

The same reported synopsis says Secre is reeling from the realities that were highlighted when they were dealing with the Devil Believers. While their methods were not right, they were making a good point about the social disparity in the Clover Kingdom -- something that Lemiel also tried to resolve, as it appears. The “Black Clover” episode 149 summary mentions Secre will revisit a magic tool that she and Lemiel previously worked on, under Julius’ orders, possibly to help them make the Clover Kingdom a more fair and equal society.

While the events in “Black Clover” episode 149 did not happen in the manga, they are not exactly fillers as well. The presence of the key figures from both Heart and Clover Kingdom suggests this story is also canon, albeit only happening in the anime. It now appears that the rest of the third season will feature stories like this and the adaptation of the start of the Spade Kingdom attack based on the manga could start in the next season.

“Black Clover” episode 149 will be released on Tuesday, Oct. 27. A simulcast of new episodes is available through Crunchyroll every Tuesday at 6:25 p.m. PT.