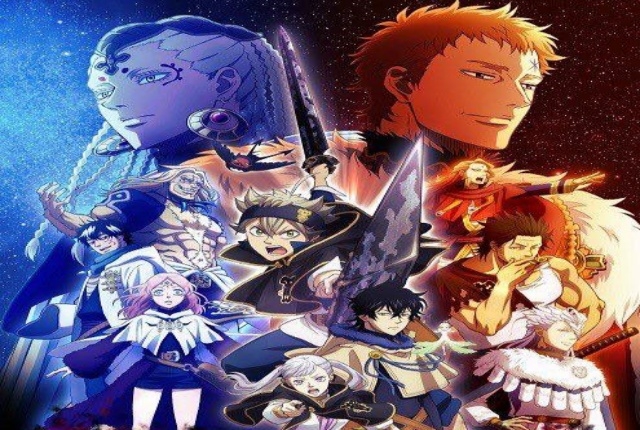 “Black Clover” chapter 241 will be bloody as more battles are coming up. This is because Asta just entered the picture after the Golden Dawn Warriors were badly defeated by Zenon. As the Dark Triad is targeting more of the Clover Kingdom’s people, Asta’s anger will unleash his power to face the enemies.

Previously at the Heart Kingdom, Princess Lolopechka sensed that the kingdom is under multiple attacks and warned that the invaders all possess the power of devils and Zero Stage mages. She also revealed that a member of the Dark Triad named Vanica is also possessed by Megicula, and hearing this enemy’s name angered Noelle. Another member of the Triad, Dante, emerged at the end of chapter 240, and he said that he is looking for his target, which turned out to be Master Yami Sukehiro.

“Black Clover” chapter 241 will center on Yami and his backstory. He is the first captain of Clover kingdom’s Black Bull squad of the Magic Knights, and being the target of the Dark Triad also means danger to the whole squad.

While Dante’s power is still unknown, Yami will be hurt in “Black Clover” chapter 241, and this will push Asta to take on the Spade Kingdom to protect it from possible destruction. Asta will save Yami as he lay dying and will face the Dark Triad himself.

As expected, Spoiler Guy shared that “Black Clover” chapter 241 will feature the intense fight between Asta and Dante. Then again, the Lolo Pecheka, Charmy, and the others are aware that the foes have surfaced, and they are inching closer to the borders of the Spade Kingdom, and with this knowledge, they can at least prepare something before they attack.

In any case, Dante is powerful, although his strength is not yet really known. He will be using the Gravity magic to take down the squad in “Black Clover” chapter 241. On the other hand, Vanessa’s magic will be unleashed as they fight, and since she is a zero stage mage, her red thread magic can injure the members of the Dark Triad too.

“Black Clover” chapter 241 will be out on March 1. Raw scans will be available by Feb. 28, so additional spoilers could be had by then as per Otakukart.