Bitcoin Is The Only Asset That Performed Well In 2015, Says Marc Faber 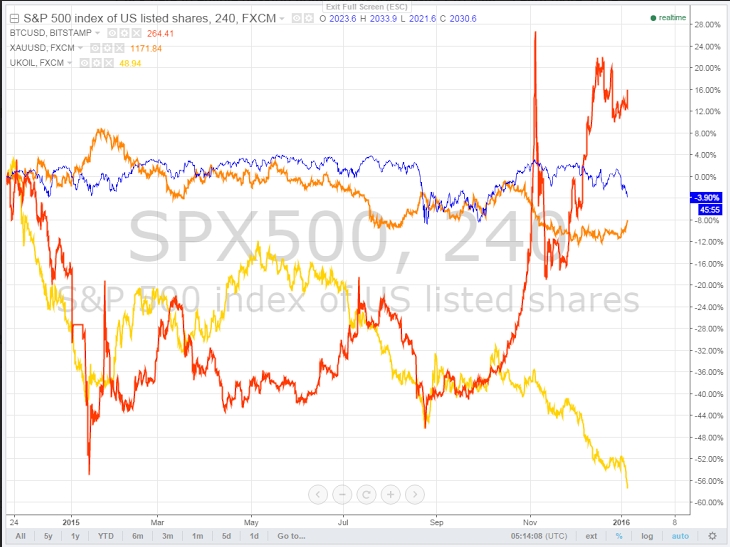 Marc Faber, investor and author of the "Gloom, Boom & Doom Report," in conversation with Francine Lacqua spoke on a number of issues including the Fed rate hike possibility for the year 2016, the investment opportunity in 10-Year and 30-Year U.S. Treasuries, dismal performance of equities and commodity markets, troubles in the Chinese economy, and his preference for emerging markets, Bloomberg reported.

What’s interesting to note is that he mentions that last year bitcoin was the only asset that performed well.

“When you talk about doom and gloom of this year 2016, I have to point out that in 2015, with the exception of people that held bitcoins, the performance of all asset classes has been poor”, Faber told via Skype.

China, with a massive consumer-base, is the largest importer of commodities. In 2015, the troubles in Chinese economy have dragged down all the major indices; commodity markets have been also majorly affected.

The U.S. stock market got off to a slow start to 2015 as investors were wary about falling crude oil prices, subdued earnings growth and the timing and magnitude of the Federal Reserve rate hikes. The S&P 500 ended the year with a slight loss of 0.7 percent. It had a total return of 1.4 percent including dividends. U.S. News says that its worst showing since 2008, when it slumped 37 percent in the midst of the financial crisis.

Moreover, gold disappointed investors for a third year in row as it dropped by 11.4% of its value in US dollars in 2015, and silver did even worse as it was down 13.6% on the year, reported Seeking Alpha. However, gold in other currencies had mixed results as it advanced on the year for Canadian, Russian, and Mexican investors.

Coming to Bitcoin, it was a roller coaster ride for the digital currency. BTC/USD dropped to 152.40 levels in January and broke above $500 in November. It ended the year at 430.89 levels.