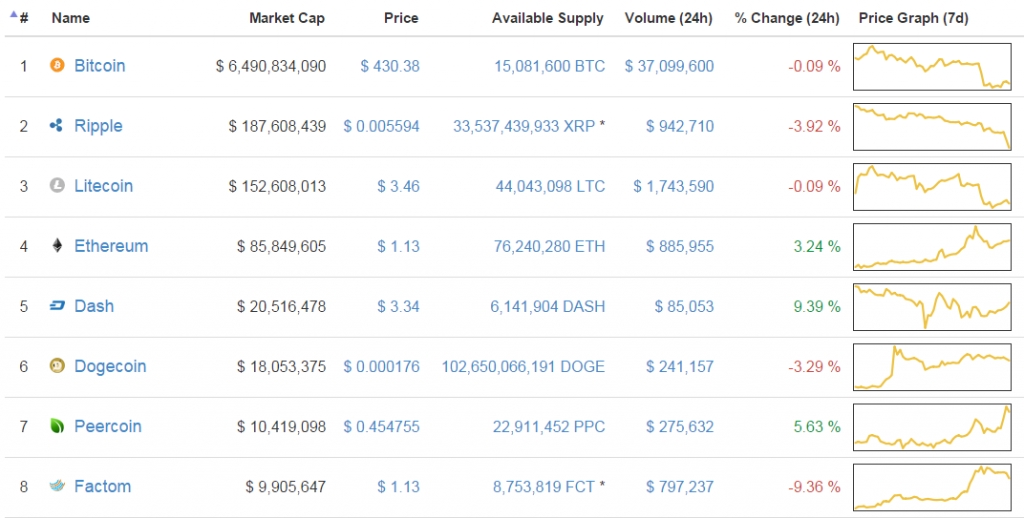 Bitcoin and other cryptocurrencies are making their way to achieve mainstream acceptance. Although different countries have taken different stance on the digital currencies, there is no denying the fact that the cryptocurrency network is growing by leaps and bounds.

In an article on The Hill, Jesse Hathaway, Managing Editor of the Budget & Tax News, writes that forcing everyone to use the government-backed currency reduces the options available to consumers and that the rise of alternative currencies is an attempt to fill that void.

While bitcoin has gradually solidified its position in the digital currency ecosystem since its inception, various altcoins have also come up in the recent years – Litecoin, dogecoin, Peercoin to name a few.

Lawrence H.White, in a paper tilted “The Market for Cryptocurrencies”, writes that Litecoin was introduced in October 2011 to provide faster transaction confirmation times (2.5 minutes versus 10 minutes), while Peercoin, launched in August 2012, increases the speed even more by using a newer protocol (“proof of stake” rather than Bitcoin’s “proof of work”) that is less computationally demanding.

“The most likely place for a cryptocurrency to accomplish widespread acceptance would seem to be where the incumbent money is managed poorly since, in these cases, the benefits could be sufficiently high to warrant the costs of switching and coordination,” Luther wrote. “In Kenya, where many are unbanked but have cell phones, Vodafone’s m-pesa system has taken off. If the incumbent money were especially unstable, such users might opt to use their phones to transfer cryptocurrencies instead.”

However, Federal Reserve Bank of Chicago economist François Velde (2013) downplays the prospects for Bitcoin as compared to the U.S. dollar. He says:

“Although some of the enthusiasm for bitcoin is driven by a distrust of state-issued currency, it is hard to imagine a world where the main currency is based on an extremely complex code understood by only a few, and controlled by even fewer, without accountability, arbitration, or recourse”.

The fact of the matter is that allowing consumers to experiment with various digital currencies will help it to evolve further– resulting in a better product – something which a consumer seeks, which greatly improves consumer experience.

“Allowing consumers to conduct transactions freely and voluntarily using their favored currency would permit the cream-of-the-crop cash to “rise to the top,” as consumers would increasingly adopt the currencies with the characteristics they want most”, Hathaway wrote in an article on Heartland. “Safety and reliability are among the most obvious of these, and although the U.S. dollar is widely considered to be safe, the Fed’s currency manipulation makes the dollar anything but reliable.”