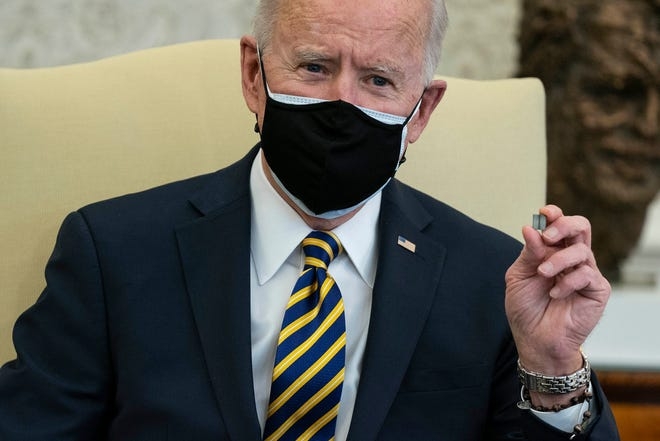 Biden will discuss the chip shortage issue when he meets a bipartisan group of US lawmakers.

US President Joe Biden will sign an executive order addressing a global semiconductor chip shortage that has forced US automakers and other manufacturers to cut production.

Biden will also discuss the chip shortage issue when he meets a bipartisan group of US lawmakers.

The chip shortage has forced automakers to take employees off production lines.

US chip companies, which supported legislation to provide tens of billions of dollars for chip manufacturing and research, recently urged Biden to provide substantial funding for incentives for semiconductor manufacturing.

According to Ford Motor Co, the lack of chips could reduce its production by up to 20 percent in the first quarter. Meanwhile, General Motors was forced to cut output in the US, Canada, and Mexico and would reassess its production plans in mid-March.

While US semiconductor firms account for 47 percent of global chip sales, they only produce 12 percent because of outsourcing manufacturing overseas.