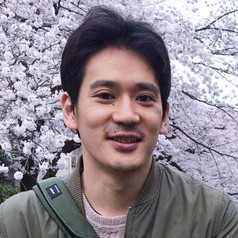 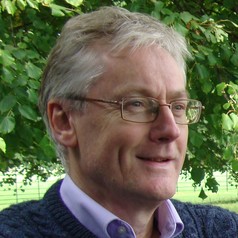 The opening of the Oscar-winning film The Big Short, a comedy-drama on the global financial crisis of 2007-2008, begins with a famous quote: “It ain’t what you don’t know that gets you into trouble. It’s what you know for sure that just ain’t so.”

This phrase captures one of the main reasons why the US housing bubble popped in 2008, triggering the worst economic recession since the 1930s. The movie portrays an eccentric hedge fund manager discussing the idea of betting against subprime mortgage bonds. The investment bankers, at first, reply politely: “Those bonds only fail if millions of Americans don’t pay mortgages. That’s never happened in history.”

But it happened. And as a consequence, many people worldwide have suffered severely, and the enduring effects still haunt us, politically and economically, even a decade later.

In a new paper published in Climate Policy, we argue that a similar tragic “debt crisis” could unfold for climate change. The “debt” would be measured in excess carbon emissions, which will keep accumulating until we reach net-zero. In this scenario, the bankers are those who assume that the debt will be paid back by removing carbon from the atmosphere.

But such a bet will be necessary if we recklessly embark on the strategy of reducing emissions slowly and removing carbon later, while in the meantime using speculative technology to block out heat from the sun. Among climate scientists and policy analysts, this is the so-called temperature “overshoot and peak-shaving” scenario.

In December 2015, the world adopted the Paris Agreement and pledged to limit global temperature rise well below 2℃ – if not 1.5℃ – above pre-industrial levels. Despite that, global CO₂ emissions continue to rise.

The slow and uneven pace of global emissions reductions is increasing the likelihood of “overshoot” scenarios, in which warming will temporarily exceed 1.5 or 2°C, but will later fall to the target temperature through the large-scale deployment of negative emissions technologies. These remove CO₂ from the atmosphere by, for example, planting trees or scrubbing it through chemical filters and burying it deep underground.

But the world would still need to adapt to the impacts of increased warming during the overshooting period. Because of this concern, the idea of so-called “peak-shaving” has also emerged among some scientists who want to avoid such an overshoot by temporarily using solar geoengineering.

Solar geoengineering means dimming sunlight itself. In theory, the Earth could be cooled very quickly by, for example, spraying sulphate aerosols in the upper atmosphere. 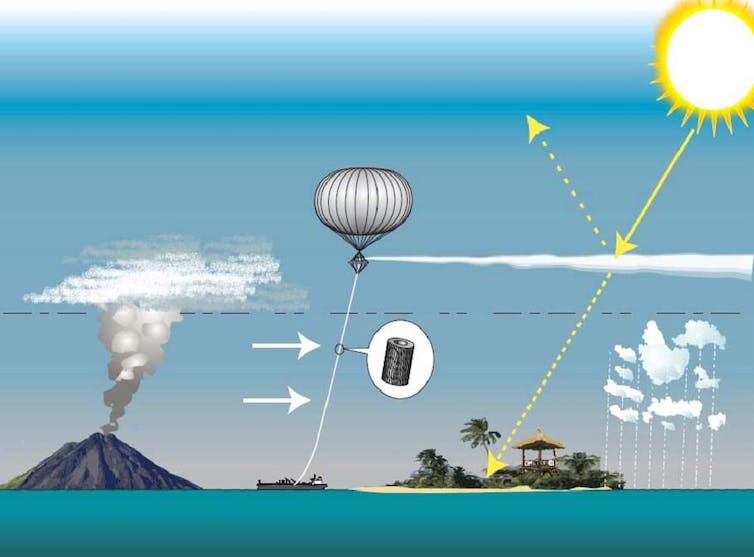 The concept of an “overshoot and peak-shaving” scenario is therefore based on the temporary use of solar geoengineering, combined with large-scale deployment of negative emissions technologies.

But this assumed reciprocity may not work as intended. Here, the notion of debt is useful. As the sociologist Lisa Adkins suggests, the logic of debt rests on a promise to pay (back) in the future. In this sense, both overshooting and peak-shaving can be seen as acts of “borrowing” or “creating debt”.

Overshooting avoids reducing carbon emissions today by effectively borrowing emissions from the future (creating “emissions debt”), with a promise to pay back that debt later through negative emissions technologies.

Peak-shaving is borrowing global temperature (creating “temperature debt”) through the temporary use of solar geoengineering to cancel excess warming until the point when no further borrowing, of either sort, is needed.

In such an outcome the world will take on a double debt: “emissions debt” and “temperature debt”.

The analogy with housing loans

The fact of being indebted may not sound so bad. (Almost everyone has a debt of some kind in their everyday life, right?) But the key question is: can we duly pay off this “climate debt”? How credible is the promise?

Here, the analogy with housing loans is most useful for properly rating the riskiness of such debt repayment.

Given that overshoot allows slow rates of emissions reductions by “promising” that delays can be compensated later through carbon removal, this looks a bit like borrowing an adjustable-rate subprime mortgage loan. Peak-shaving, on the other hand, is more like borrowing additional loans for “home improvement”, which maintains house values – (keeps global temperature constant during the overshooting period).

Since most negative emissions technologies are still speculative or under development, overshoot should be rated like a subprime loan with a high risk of default. Just as American homeowners weren’t able to keep paying their mortgages after all, so negative emissions technologies may never be an effective enough way to take carbon out of the atmosphere.

This doesn’t sound like a secure, feasible investment. The failure to keep the overshoot promise of later repayment would lead to endless peak-shaving. Solar geoengineering would become an ongoing necessity – an unpayable massive “climate debt” accumulating year-by-year.

Framing matters — let’s not blind ourselves

Concerns over crossing so-called “tipping points” – paving the way toward a “hothouse Earth” – may push some people towards accepting overshooting and peak-shaving. But because this is a speculative scenario, it matters how we frame it.

Some scientists say that solar geoengineering is like a drug to lower high-blood pressure – an overdose is harmful, but a “well-chosen” and limited dose can lower your risks, helping you have a healthier life.

They suggest that solar geoengineering is not a substitute for cutting emissions but a supplement for containing global temperature increases. But this works only if negative emissions technologies are rolled out very swiftly on a massive scale.

The housing loans analogy sheds light on an important assumption that is implicitly built into such a scenario, namely that overshooting is simply like borrowing money (for example, a mortgage) and that people pay back mortgages. This was also the unquestioned assumption in the run up to the US housing market crisis and it created the systemic failure to notice the growing risk of the bubble bursting.

We shouldn’t fool ourselves into believing that a similar “debt crisis” will not happen for managing the risk of climate change. Beware the dubious promises of “overshoot and peak-shaving” technologies – they may well turn out to be risky subprime loans.