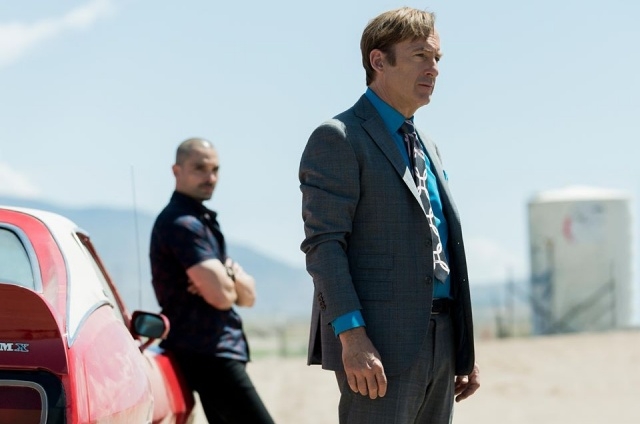 “Better Call Saul” season 5 was supposed to arrive before this year ends, but it was delayed, and AMC president Sarah Barnett explained that the reason was due to “talent needs.” Filming for the fifth installment of this Bob Odenkirk’s-starrer drama was completed in September, but the release date will take a while.

Also, another likely reason for the holdup was the “Breaking Bad” prequel film called “El Camino.” Since the production people behind “Better Call Saul” are the same ones as with the movie, it is understandable that they can only do one at a time, and apparently, they decided that the movie should be done first.

Spoilers - What to expect in the new season

On Nov. 22, AMC finally released the very first official video teaser for “Better Call Saul” season 5. The scenes showed in the clip were from the episode titled “Joyride,” and it can be assumed that this is the premiere episode.

In the video, Jimmy McGill was shown sitting at the back of a car, and it seems that he was taken by the bad guys. He looks a bit scared, and this is understandable as there are guns poking around his seat. It is likely that he is on his way to meet a con-man who he must defend in court, and this is the beginning of his transformation to Saul Goodman.

The situation is fitting because even before the filming of “Better Call Saul” season 5 ended, it was already revealed that this chapter would show McGill changing to his ultimate “Breaking Bad” character. This means that the kind-hearted and gentle Jimmy McGill may disappear soon.

The cast - Who is returning?

Aside from the video, some official photo stills for “Better Call Saul” season 5 were also released by AMC, and they showed who are coming back to reprise their roles. So far, Nacho (Michael Mando), Mike (Jonathan Banks), Kim (Rhea Seehorn), Gus (Giancarlo Esposito), and Huell (Lavell Maurice Crawford) is confirmed to return as shown in the pictures. They will be supporting Bob Odenkirk, who will still be Jimmy McGill/Saul Goodman.

“Better Call Saul” season 5 will be back to AMC on Feb. 23, 2020. Entertainment Weekly reported that the premiere telecast will run two back-to-back episodes, and this will begin at 10 p.m. on Feb. 23, and the second episode will be played on its regular airing schedule on Feb. 24 at 9 p.m.