Bella Hadid sizzles while in quarantine 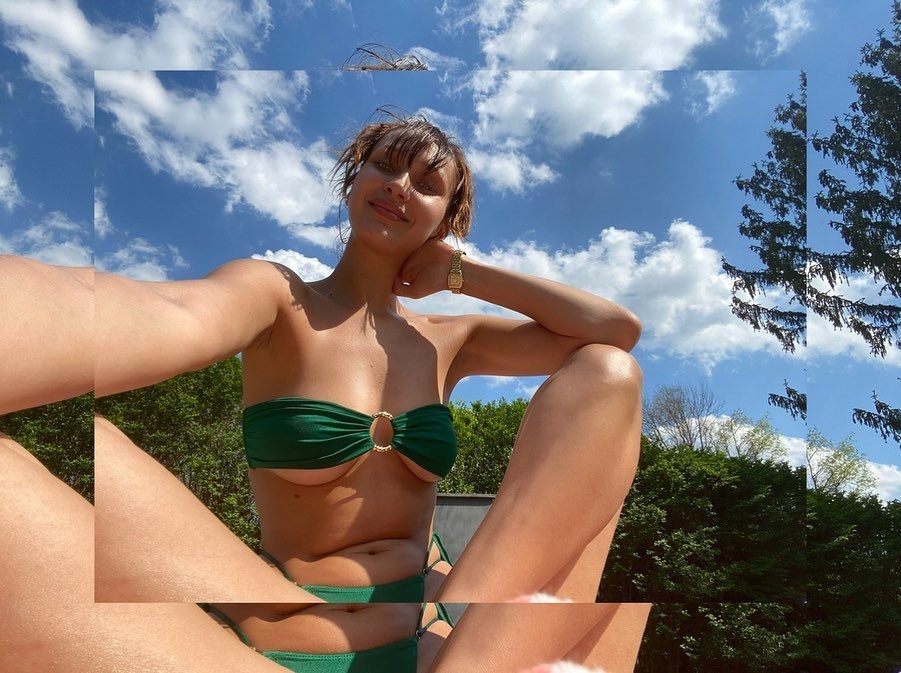 Model Bella Hadid seems to be enjoying the quarantine as she posted one sizzling selfie after another while she is holed up in her mother's farm in Pennsylvania with her family.

Hadid's most recent posts on her Instagram account was of her donning a sexy green two-piece swimsuit wherein she flaunted not only her very toned tummy but a lot of underboob as well guaranteed to raise a lot of temperatures.

Hadid sure knows how to entertain her 30.8 million followers on Instagram. Aside from posting several hot photos of her in her green bandeau-type bikini top paired with a tiny string bikini bottom, she also posted a close-up that showed her sun-kissed and freckled face.

In her photos, the IMG model showed that she has no problem swapping the New York City lights with a rural atmosphere as she was also able to capture how at home and comfortable she is in the environment of vast green expanse with horses roaming in the background.

Hadid, who once walked in Victoria's Secret fashion shows, had been vocal about her love for horses. In fact, sister and fellow model, Gigi, used to compete in horse show-jump events.

The 5 feet and 9 inches tall model was voted as the Model of the Year in 2016 and continues to be one of the most in-demand models. Together with Gigi and brother Anwar, the three form the “first family of fashion” mainly because, aside from modeling, they also collaborate with designers and brands.

Meanwhile, the 23-year-old model is about to become an aunt following the announcement of Gigi Hadid that she and boyfriend Zayn Malik are expecting.

Both Bella and 25-year-old Gigi have been staying with their mother, Yolanda, also a famous model in her prime, on her farm since the announcement.

Yolanda had bought the Pennsylvania property in 2017 so she could be closer to her children who reside in Manhattan.

Yolanda had admitted the announcement was a surprise but that they're excited to welcome a new addition to the family, especially that her mother had just passed away.