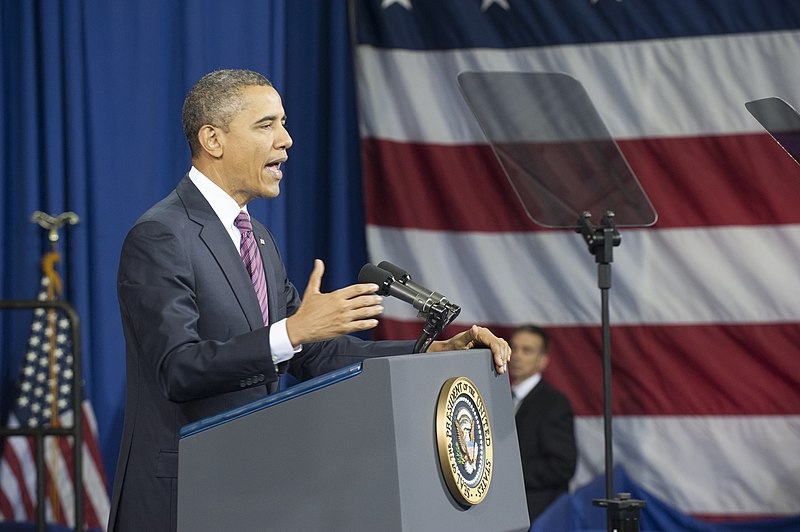 While former President Barack Obama is known for having a very close friendship with his then-vice president Joe Biden, a new book claims that their friendship did not extend to a campaign endorsement. The book claims that Obama did not want to endorse Biden’s candidacy at first.

In the book “Lucky: How Joe Biden Barely Won the Presidency,” by Jonathan Allen and Amie Parnes, the former president initially did not want to endorse his former colleague when he took another shot at a presidential bid that ultimately led to his election. The book went on to claim how the pandemic worked in Biden’s favor as it allowed him to hide his weakness which was himself. Biden supposedly made a lot of mistakes during his latest presidential campaign, running a campaign that almost went bankrupt.

When it came to his former colleague, the book claims that Obama’s reasons for initially not wanting to back Biden were because he worried that Biden was a “tragicomic caricature of an aging politician, having his last hurrah.” Biden was also claimed to be very out of touch that he did not see what was wrong in his manner of touching women, as he supposedly did not think he did anything wrong.

“Everything else, he’d gotten wrong. He’d run a lousy campaign, flubbed debates, spent so much money on Iowa and New Hampshire that he teetered on the edge of insolvency, lost three straight states to start the primary, and allowed himself to be defined by his frailties,” the book says.

Previously, Obama was announced to be launching his own podcast with Bruce Springsteen, the second production by the Obamas production company Higher Ground under its deal with Spotify. The podcast, titled “Renegades: Born in the USA,” would have eight episodes featuring conversations between the pair, who became friends during Obama’s 2008 campaign trail. Obama and Springsteen would be talking about a variety of topics, from politics to marriage, race, and fatherhood as well as the current situation of the country.

The first episode of the podcast, titled “Outsiders: An Unlikely Friendship,” reveals how Obama and Springsteen formed a friendship despite not having a lot in common on a surface level.