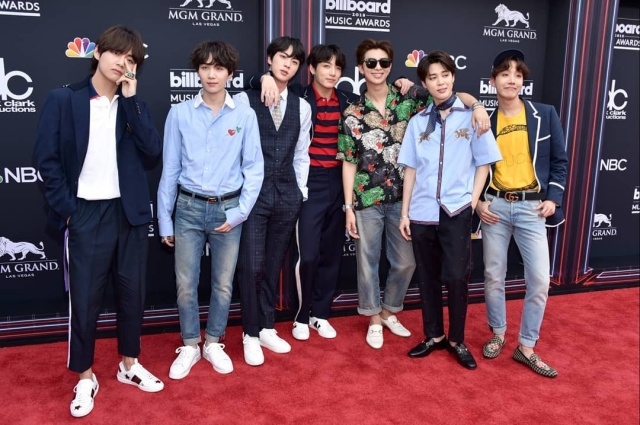 BTS, the biggest boy band today, was revealed to be having their own TV show and it will be launched in 2020. This plan was confirmed by Big Hit Entertainment during a corporate briefing in Seoul that took place on Aug. 21.

The company also shared a video of the event where the plans for BTS were also laid out for the fans and the media to know. The conference was attended by the company’s executives, and they also divulged their vision for the future of Big Hit and their artists.

CEO Bang Si Hyuk also talked about the acquisition of companies that houses some idol groups, and he told everyone about their plans to develop more artists and relaunch some team like the GFRIEND. In any case, the most exciting news for the fans was when the chief mentioned that BTS is starring in a new show. SpoTV News reported that the agency would launch the program next year.

"The goal is to launch it in the latter half of 2020," the company relayed. “While the show will follow the seven members who meet for the first time in the BTS Universe ( the new app), the boys will not be acting in the drama, but actors will be hired to play the characters.”

Meanwhile, there are rumors that J-Hope is set to collaborate with the American singer Becky G. As per Elite Daily, the idea came up when a fan mentioned that the two singers might be planning to team up for a song or performance.

She pointed out that when J-Hope and Becky G met at the 2019 Billboard Music Awards in May, they started to interact on social media. The songstress also revealed that BTS invited her to hang out in their dressing room and she was elated. Since then, J-Hope and Becky mentioned each other in interviews. Plus, she readily said that she wants collaboration.

BTS is currently on a break, but they may clarify these rumors once they get back to work again. Big Hit gave them time to have some time for themselves so they can recharge. The seven guys have been working hard non-stop since they debuted so this is a well-deserved vacation.