Ships worldwide being detained for having overstaying crew

Swedish retail sales rise above expectations in May 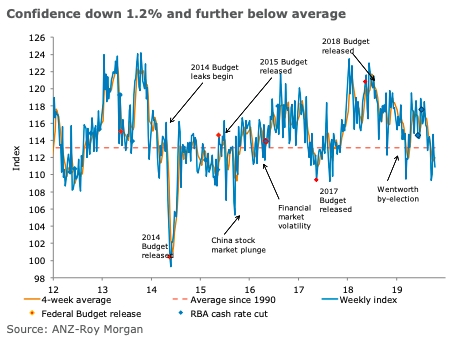 "Consumer confidence was down 1.2 percent last week, despite some positive developments in the US-China trade war. The decline leaves overall sentiment below average. Household perceptions of the economic outlook fell for a second consecutive week and are well below average. It will be interesting to see whether economic sentiment can gain this week as households have more time to consider the news on trade. In contrast to the negative economic outlook, households remain much more confident about their own financial outlook. This week’s employment data could be important in this regard. Stable inflation expectations, albeit at a low level by historical standards, will be comforting for the RBA," said David Plank, ANZ’s Head of Australian Economics.