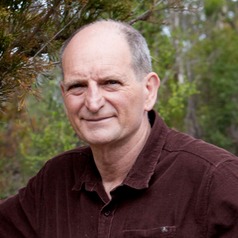 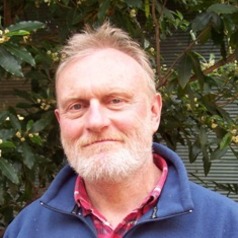 Australia’s bushfire crisis has been unprecedented, so it demands an unprecedented national response. Never before has such a large area been burnt by multiple fires in a single fire season, including bushland in Queensland, New South Wales, Victoria, South Australia, Western Australia and Tasmania.

Victoria has already announced a state inquiry, and it’s inevitable there will be more to come. But some firefighters and other fire experts have raised legitimate concerns about the value of a national fire inquiry. Many fear Prime Minister Scott Morrison’s proposed national royal commission could end up being as ineffectual as past inquiries.

We’re not legal experts, so we can’t tell you whether a national royal commission or another type of federal inquiry is preferable. But as fire experts, despite sharing others’ concerns, we believe Australia does need a national fire inquiry – if it leads to real action.

For it not to be a waste of time and money, a national inquiry must be far-reaching, and its terms of references must include how Australia adapts to escalating bushfire risks, driven by a changing climate. It also needs to address the federal government’s current, largely hands-off role in bushfire management, and how that could change to better support existing state-based fire management.

A national fire inquiry should also consider a new role for the federal government in three crucial areas:

A national inquiry would need to determine if the current state and territory based approach is now appropriate in a more bushfire prone world, or whether there should be more directly coordinated and funded federal firefighting capacity. For instance, a national civil bushfire defence force could provide manpower to assist with major bushfire campaigns. Such a civil defence force would solve some long-term issues, such as our heavy reliance on ageing, state-based, volunteer firefighter forces.

The federal government could give members of a national bushfire force consistent training, equipment, remuneration, and protection of their rights. This could be akin to the army reserve, enabling effective nationwide integration of casual firefighters with professional state-based forces. An inquiry would need to ask if there are approaches from other nations that can be adapted to Australian circumstances.

The missing science and costs on fires

Australia has no national bushfire database, so it is impossible to track trends in bushfire activity, cost and impacts. Instead, individual states have developed their own approaches that cannot be readily blended to build a national picture. For this reason, there remains uncertainty about the extent of the current bushfires that have crossed state borders.

A national scientific monitoring facility would fill a critical gap in Australian bushfire science, by reporting on the timing, cause, geographic extent and severity of bushfires across all land tenure, vegetation and fuel types. Such basic data are essential to determine the trends in bushfire extent, changes in causes of fires (particularly lightning and arson, which have been hotly debated topics this summer), carbon emissions from bushfires and effectiveness in reducing fuel loads.

All of that missing data is essential to understand the effectiveness of fuel management in reducing the spread or intensity of wildfires and associated greenhouse emissions.

The new national monitoring facility could also track spending on bushfire fighting, fuel management, and the economic impact of bushfires. Such national data are essential for cost-benefit analyses to ensure taxpayers’ money is spent effectively.

To substantially reduce loss of life and property from bushfires, individuals and communities need to be well prepared. Yet this requires much greater training and investment in local groups. Programs for community preparation are currently run by overstretched bushfire management agencies.

A well-funded national program could build a network of community groups to manage fuels in surrounding bushland, and prepare their communities for bushfires. Such groups could create community safe places, and deploy smart phone apps to help locals before and during emergencies.

This community-based program should be a separate entity from bushfire agencies, to build a new culture and identity. This could be done by learning from other government-funded, community-led schemes such as Landcare.

As we’ve just seen this summer, the old approaches are broken.