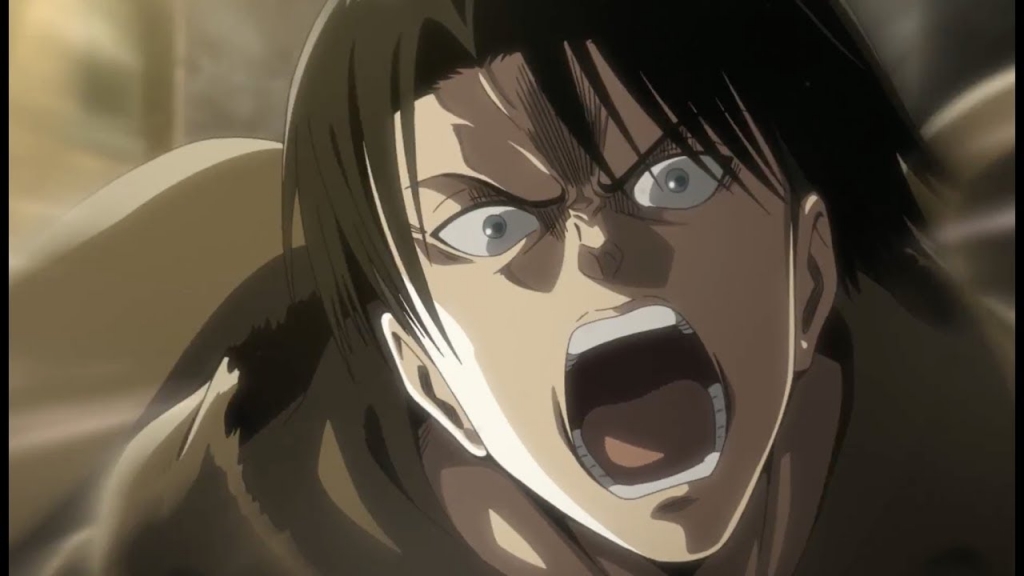 It would seem that all hope is lost in “Attack on Titan” Season 3 Part 2 Episode 4, with the Survey Corp. finally hitting a wall with the Beast Titan and Armin running out of ideas. Of course, this isn’t likely the case for long, but the solution to these problems will involve huge sacrifice. On the part of Levi and his remaining team, a Kamikaze attack might be the only answer, just as it will be for Armin.

There is no point in pretending that “Attack on Titan” Season 3 Part 2 Episode 4 will come without deaths. The episode is set to air next week, GameNGuides reports, and it will be quite the explosive one. Simply put, the remaining members of the Survey Corp. will have to make the ultimate choice in order to achieve their goals and stand any hope of victory.

In the case of Levi and the surviving scouts, the goal is to get to the Beast Titan and stop him from bombarding them with rocks. He will likely achieve this in “Attack on Titan” Season 3 Part 2 Episode 4 or in the episode following that, but not without great sacrifice.

As for Armin, those who have already read the manga will know the lengths to which the brilliant character will go in order to secure victory for his comrades. This might come to fruition in “Attack on Titan” Season 3 Part 2 Episode 4, and if so, it is going to be one heartbreaking episode.

On that note, such a development will cause a lot of tension between Levi, Eren, and Mikasa. The good news is that it will also come with the defeat of a dangerous foe, so that will be one less thing to worry about. Viewers will see this for themselves on May 20, which is when “Attack on Titan” Season 3 Part 2 Episode 4 will air.