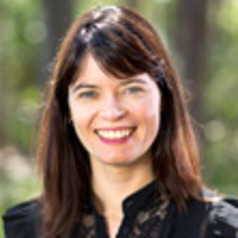 Indonesia has carried out a third round of executions under President Joko Widodo. Attorney-General H. Muhammad Prasetyo had announced that 14 people would face the firing squad, but only four were killed on Thursday night – three Nigerians and an Indonesian national.

All those executed under Widodo have been convicted of drug offences. Deputy Attorney-General Noor Rachmad said the most recent executions were:

… done not in order to take lives but to stop evil intentions, and the evil act of drug trafficking.

The remaining ten executions were delayed. The attorney-general’s office has not justified this delay. The ten remaining prisoners include Indonesians and Nigerian, Indian, South African and Zimbabwean nationals. Those prisoners face another agonising and indefinite wait for their execution.

Amnesty International has highlighted problems in the judicial process for many of those involved in the current round of executions. Several were denied proper access to legal counsel. Some have claimed they were subject to torture and ill-treatment to induce confessions.

Reprieve International condemned Indonesia for its failure to name those due to face imminent execution:

Many prisoners on death row simply do not know who will be plucked out and shot.

Such critiques highlight the many means by which capital punishment threatens human rights standards and undermines the value of human life. The practice is not only barbaric but also futile. Capital punishment has never been established as a more effective deterrent to crime than imprisonment.

Australia’s response to this round of executions has been muted in comparison to the previous round, which resulted in the executions of Australians Andrew Chan and Myuran Sukumaran, and six others.

This partiality was a key issue raised before the recent federal parliamentary inquiry into Australia’s advocacy for the abolition of the death penalty.

What did the parliamentary inquiry recommend?

Foreign Minister Julie Bishop initiated the parliamentary inquiry following her strong but unsuccessful advocacy for clemency on behalf of Sukumaran and Chan. Its terms of reference sought to improve Australia’s capacity to advocate effectively for death penalty abolition.

The inquiry committee received 62 written submissions and held nine public hearings. The committee was persuaded Australia could do much more to ensure its laws and actions were consistent with its abolitionist policy stance. Its report made 13 detailed recommendations.

Amnesty International Australia welcomed the recommendations. It said, if implemented, these could drive progress towards global abolition. But so far the federal government has not publicly responded to the report.

Australian law and policy incorporate international obligations regarding death penalty abolition. Yet Australia’s practice has been to advocate in respect of its nationals facing execution overseas.

As in the case of Chan and Sukumaran, this weakens the principled basis of Australia’s efforts towards abolition. Advocacy efforts are easier to dismiss when they are seen to reflect vested interests more than principled foundations.

Australia’s abolitionist advocacy must be less partial and more principled if it is to be persuasive. The parliamentary committee acknowledged this by encouraging Australia to emphasise the human rights principles that ground opposition to the death penalty. It also encouraged Australia to leverage the influence it has on key partners - the US and Asia-Pacific countries.

As Prime Minister Malcolm Turnbull seeks to strengthen ties with Indonesia, advocacy against capital punishment may seem politically unpalatable. Countries often appear allergic to outside “interference” in their domestic affairs.

Recent Australian governments have certainly fallen into this camp. They have adopted human rights standards as desired and rejected international criticism when Australia fails to meet its obligations.

However, advocacy for death penalty abolition presents an opportunity for Australia to improve its increasingly dire international reputation. Here is a central human rights problem where Australia has a well-established domestic legal position. No Australian parliament has shown any interest in returning to the practice of capital punishment.

In the wake of the federal election, the committee’s report stands as a challenge to the newly formed government. Will Australia choose death penalty abolition as a movement through which to rebuild its commitment to human rights? It would be a great shame if the recommendations before the government were left to gather dust.

Amy Maguire is a member of Amnesty International and Australian Lawyers for Human Rights.