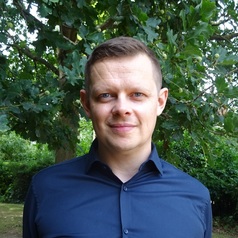 On the Channel 4 documentary Apocalyse Cow: How meat killed the planet, British environmentalist and vegan George Monbiot presented the UK as stripped of woodland by grass-eating sheep, crowded with the “agricultural sprawl” of industrial farms, and with streams polluted by manure. Monbiot insisted that the British countryside isn’t a picturesque escape, but an ongoing ecological disaster.

The way food is grown in most parts of the world creates these conditions, which harm wildlife and restrain natural habitats. In its place, Monbiot offers possible solutions. Some, we are told, look rather like science fiction.

Monbiot’s vision is that vast herds of methane-producing cows may no longer be necessary to meet the world’s appetite for food, helping to reduce greenhouse gas emissions from farming. If most of the food we eat could be grown in a lab, he argues, then a fraction of the space currently reserved for farming would be needed.

With characteristic zeal, Monbiot asserts that huge tracts of Earth’s surface, instead of being carefully maintained to grow food, could be returned to natural habitat like forests, meadows and marshes.

My interest here is cultured meat. I’m a sociologist and have spent 12 years documenting the politics and culture of the people working in this industry: people like Dunsford, the CEO of Cellular Agriculture Ltd, who I have occasionally worked with. He moved away from his career as a livestock farmer after travelling South America and seeing deforestation in the Amazon.

It was an “emotional experience” for Dunsford, as he recalled in the documentary:

My personal choices here, as a farmer in Wales, had a direct correlation with the crops that were being grown in Brazil.

Dunsford returned to the UK and became a leading figure in the UK cultured meat sector. Working with the University of Bath, he showed Monbiot a small work-in-progress bioreactor, used for growing animal muscle cells. As Monbiot noted, to some this is Frankenstein food. Dunsford himself admitted that it took a while for him to adjust too. “Anything that’s alien to you can be slightly scary,” he said. 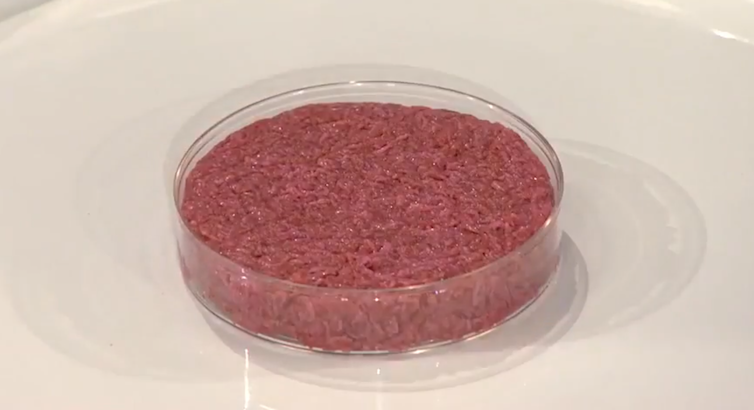 The world’s first cultured hamburger, ready to be fried on August 5 2013. World Economic Forum/Wikipedia, CC BY

From the land to the lab

Dunsford’s story is unusual. The dual identity of a livestock farmer turned cultured meat entrepreneur captures a tension in the politics of lab-grown food. Many cultured meat companies have no link to conventional farming. Most are rooted in a venture capitalist tech culture that grew out of Silicon Valley and many companies – including New Age Meats, Finless Foods, and Mission Barns – are located within the San Francisco Bay Area.

The same day Apocalypse Cow was screened, Monbiot published a Guardian opinion piece in which he described this as “farmfree food” that “will allow us to hand back vast areas of land and sea to nature”.

The relationship between traditional farming and the cultured meat industry has been tricky to balance. On one level, as Monbiot suggests, the aim is to replace industrial animal farming. On another, the cultured meat community has been careful not to exclude farmers entirely, with some insisting that cultured meat can broaden the “protein portfolio” alongside livestock. Some entrepreneurs suggest cultured meat factories could be hosted on farms that grow plant-based input materials, or that farmers could rear animals (potentially from rare breeds) as cell donors. Notions like Monbiot’s farmfree food undermine the work of keeping farmers on board.

could break the hegemony of the massive companies that now control global food commodities.

This idea sits uncomfortably with the start-up culture surrounding much of the cultured meat industry. Many patents have already been filed. Some in the industry, such as charity and research funding organisation New Harvest, align with Monbiot’s approach of patent-free open source technology. For others, the idea of giving up intellectual property rights is difficult to contemplate, as selling or licensing technology forms part of potential business plans.

The issue of whether to be with or against global food giants is another strategic difference between Monbiot and the main approach of the cultured meat industry. Many in the sector see the technology’s route to success through a business-savvy market-based approach, as opposed to fighting against big agriculture or undermining agricultural capitalism, as Monbiot prefers. 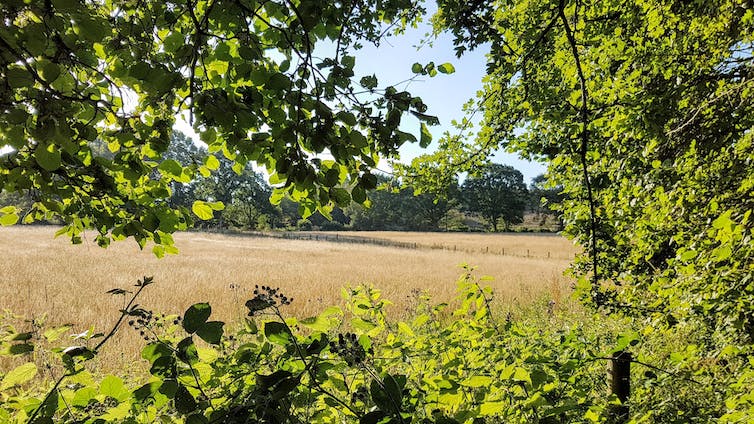 Closing the show, Monbiot describes how increasing deer numbers prevent trees taking root in the Scottish countryside, as he joins a hunt to shoot (and then, it seems, eat) a wild deer. The exercise is intended to control deer for the benefit of the local ecology, allowing forests to return and rewild the landscape, free from the voracious appetite of deer.

Across the documentary, Monbiot may have antagonised many viewers, including potential allies. Certainly livestock farmers, but also possibly vegans. And perhaps also some in the cultured meat community, who in general will appreciate his positive message, but be less keen on how he positions cultured meat in strong opposition to farming, and repudiates a possible route to profit.