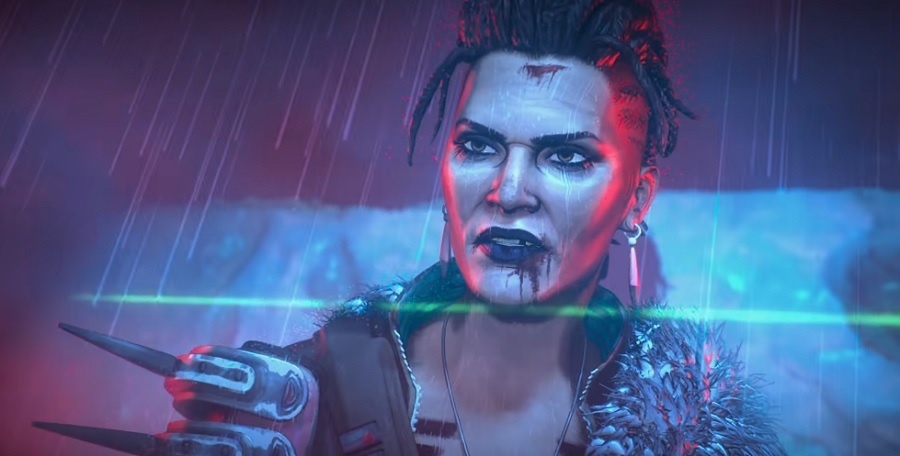 Players may be familiar already with the new Legend coming in “Apex Legends” season 12. Her name is Mad Maggie, and the game’s lore has set up quite an interesting reason for her to join the Apex Games, which also means she will be reunited with her estranged childhood friend Fuse.

Respawn Entertainment released a new Stories from the Outlands video titled “Judgment,” showing Mad Maggie’s trial. It offers another look at how Mad Maggie continued to demonstrate her dissent over Salvo joining the Syndicate, which unsurprisingly involves more explosive events.

Just before Mad Maggie is executed, Eduard Silva intervenes, and the judge tells her that her execution will be carried out by her “friends” in the Apex Games, which is an apparent reference to Fuse. This builds up the premise for Mad Maggie’s addition in “Apex Legends” season 12.

While her addition to the Apex Games is presented as a punishment, Mad Maggie is unlikely to have a hard time adjusting in “Apex Legends” season 12. As seen in the recent teaser, the new Legend is beyond fierce and can seriously maim someone even when handcuffed and with several armed guards around her.

At one point during her trial, Mad Maggie bites into a steel bar, removing a couple of her teeth, which she then forcefully spits into the judge’s eye. The Apex Games seems like a lenient punishment for her, but the events that will follow are even more interesting. Considering her long history with Fuse, some fans have expressed excitement about what lines they may have for one another in “Apex Legends” season 12.

Respawn is yet to release details about Mad Maggie’s abilities, along with other information about the new content. The developer is expected to unveil more teasers in the coming days, including the official launch trailer for “Apex Legends” season 12 this Thursday, Jan. 27.

Aside from Mad Maggie, the official page for the next season, titled Defiance, is currently teasing a new game limited-time mode called Control. In the new game mode, players will choose their weapon loadout before entering a 9v9 match with unlimited respawn. The main goal is to take hold of as many control points as possible before the clock runs out. “Apex Legends” season 12 is scheduled to go live on Tuesday, Feb. 8.