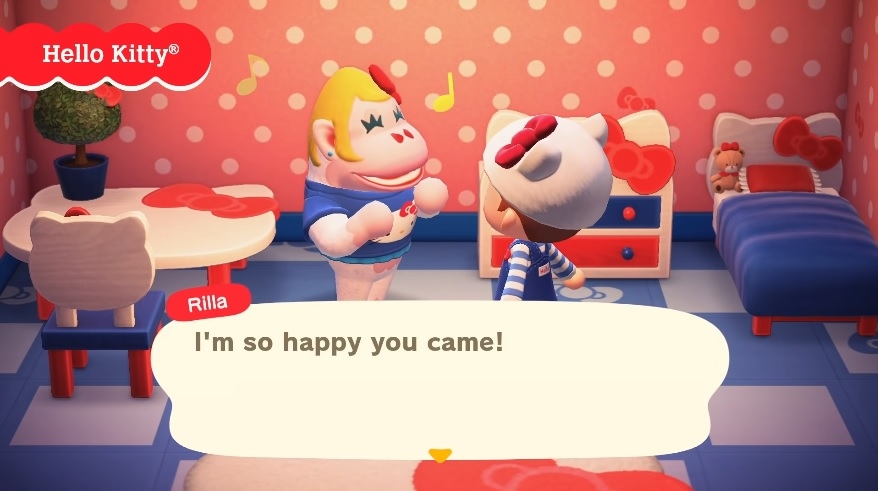 “Animal Crossing: New Horizons” is getting new villagers this month, and they not just any characters as well. Nintendo recently announced the Sanrio collaboration pack that will launch later this month.

Aside from the new residents, this update will also let players add themed furniture and other in-game items. The Sanrio crossover pack will be launched with six amiibo cards.

The upcoming “Animal Crossing: New Horizons” amiibo bundle includes six cards named after the villagers that the Sanrio Collaboration Pack will be adding to the game. The incoming residents are named Rilla, Marty, Etoile, Chai, Chelsea, and Toby. If these names sound familiar, it is because these were the same cards from the earlier Sanrio crossover Nintendo launched for “Animal Crossing: New Leaf.”

This time, each card can be scanned through “Animal Crossing: New Horizons” via the amiibo function. Every Sanrio resident comes with Sanrio-themed furniture and other in-game items that will only be available through these amiibo cards.

Just the idea of having new residents – ones from the Sanrio world – should be enough to convince “Animal Crossing: New Horizons” players that this crossover is something worth the hype. But that is not all it will add to the game.

“Animal Crossing: New Horizons” players in the United States will be able to get the Sanrio Collaboration Pack amiibo cards exclusively at Target for $5.99. They will be released on March 26.

The Sanrio cards are actually the second major crossover to happen this year for “Animal Crossing: New Horizons.” Just last week, Nintendo unveiled a wide array of Super Mario-themed items added to the game through its latest update.

“Animal Crossing: New Horizons” has to be updated to the latest version so the Super Mario items will appear as soon as the clock hits March 1st on the player’s local timezone. While the update delivering this crossover is free, many of the in-game items included in this collaboration are paid content that can be found through the Nook Shopping feature.