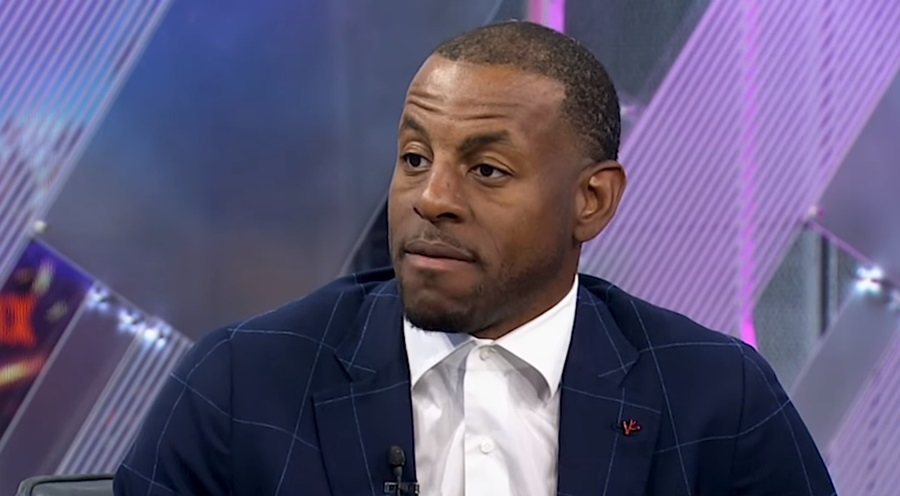 Photo via Screenshot of Yahoo Finance/Youtube

While Andre Iguodala is under the Memphis Grizzlies, the talented defender is actually only a player by name. He’s not even playing in the same training camp with the Grizzlies.

Instead, Andre Iguodala will attend his own private workout at a location of his own choosing. Both sides have agreed to do this while the Grizzlies look for a team that may be interested in trading for him.

But with pre-season already starting and teams draining their pockets during offseason, it’s not expected that Andre Iguodala will find a team soon. The most likely date we’ll see him getting move is before the trade deadline close on Feb. 6.

Andre Iguodala could land with either Lakers or Clippers

By that time, if the Grizzlies haven’t found any team willing to take on Andre Iguodala, they’ll likely buy him out. This will then transform the 2014-2015 Finals MVP into an unrestricted free agent, allowing him to join whatever team he chooses.

And according to NBA pundits, the most likely organization that could snatch him is either the Lakers or the Clippers. Both teams could largely benefit from the services of Andre Iguodala as the forward has proven to be a reliable backup on both ends of the floor.

Indeed, throughout his career, the veteran has time and again showed he could shine when his team needs him the most. He’s a top defender, can make plays, and drain shots. And even outside of that, Andre Iguodala can still contribute by helping the young guys on a roster develop into a formidable threat.

It’s for these reasons – and several more – that Warriors coach Steve Kerr holds the 35-year-old in high regard. After parting ways with the Dubs, Kerr said that Andre Iguodala’s departure left a hole in his chest. It was more than just basketball for the decorated leader.

“Guys in this profession come and go pretty quickly… But for what Andre [Iguodala] has meant to not only our team but to me personally, as a coach, for accepting his role, for mentoring younger players, for monitoring the bench and keeping everything going – the respect that the stars had for him combined with his mentoring of the younger players – Andre was the unsung hero of all of this,” Kerr said.