All publicly funded research could soon be free for you, the taxpayer, to read 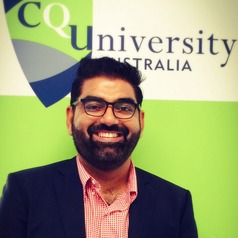 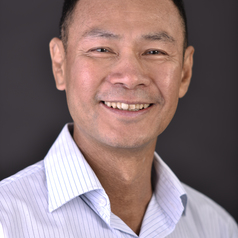 What happens to research that is funded by taxpayers? A lot ends up in subscription-only journals, protected from the eyes of most by a paywall.

But a new initiative known as Plan S could change that. Plan S focuses on making all publicly funded research immediately fully and freely available by open access publication.

It sounds like a good idea – but there are possible downsides. This model could potentially undermine peer review, the process vital for ensuring the rigour and quality of published research. It could also increase costs of publication for researchers and funding bodies. So let’s do Plan S right.

Plan S is an initiative of an international consortium of research funders known as cOAlition S. This includes European national funders UK Research and Innovation, the Science Foundation of Ireland, and others. Charitable foundations such as Wellcome and the Bill and Melinda Gates Foundation are also signed up.

Chinese and Indian officials have expressed their support for this open access publishing movement.

Plan S stipulates that all articles should be published in open access mode only, with no paywalls (including in hybrid journals, where some content is open access and some paid) with the following conditions:

Flaws in the current publication system

The ethical base for Plan S is sound and would undoubtedly make sense to most Australians – that is, publications that have been funded by taxpayer dollars should be readily accessible to the public immediately.

Currently, members of the public and many parts of the research community do not have easy access to research outputs for comment and scrutiny.

Hiding valuable research results – particularly those that were taxpayer-funded – behind paywalls is a drawback of the existing scholarly publication model.

The model has built its reputation on a rigorous peer review process and a strong track record. Unfortunately, although it does highlight the need for high quality open access journals, Plans S lacks adequate detail on this.

This may lead to a proliferation of journals that comply with Plan S but may not have a good history and an efficient review process, thus compromising the publishing of credible results.

The cOAlition S claims that:

Publication paywalls are withholding a substantial amount of research results from a large fraction of the scientific community and from society as a whole.

The basic philosophy is that, in principle, “no science should be locked behind paywalls!”. The coalition website defines “science” broadly, to include the humanities.

If adopted, researchers will need access to more funding, particularly as open access publishing costs can be as high as US$5,000 per paper.

The implementation of Plan S could also encourage publishers to increase their publishing prices, as they mitigate potential revenue losses in the transition from a subscription-based model.

Some researchers have labelled Plan S a serious violation of academic freedom, as it restricts their choice of suitable high-quality publication platforms.

If Australia does not adopt Plan S, it could potentially restrict collaboration, publishing, and funding opportunities with research bodies who subscribe to this ambitious movement.

The basic notion of open access has won wide acceptance. But it’s also attracted strong criticism, with some claiming deleterious effects on young researchers of dividing the world into “Plan S” and “non-Plan S” publications.

Any Research Outputs arising from an ARC supported research Project must be made openly accessible within a twelve (12) month period from the date of publication.

However, the same policy stipulates that “contractual obligations” is an acceptable reason for non-compliance within a 12-month period. In effect, this still allows publication contracts to effectively keep research permanently behind paywalls.

A Plan S implementation would disallow this. It would require that authors retain full copyright even after publication, and open access would be required immediately with no 12-month delay.

In this way, Plan S could be seen as merely extending existing Australian funding policy principles.

Rethink how we do things

Despite the potential for downsides, we argue universities and research organisations in Australia should consider aligning their policies with Plan S and promote the advantages of open access to the research community.

Plan S will enable the public to freely access publications, enabling them to come to their own conclusions rather than having intermediaries interpret.

Plan S appears to be a wave that is heading this way so Australians, researchers and research organisations in particular, should start thinking and talking about how it might affect things here.

After all, if this level of open access becomes the norm in Europe, China and India – which combined account for more than one-third of global output of scientific papers – the resulting critical mass would probably force a progressive action of some kind here.