All about juries: why do we actually need them and can they get it 'wrong'? 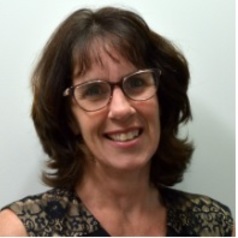 There has been some debate over the recent conviction of George Pell, whose first trial ended with a hung jury, and the second a unanimous guilty verdict. People are questioning our justice system, the potential bias of the jury, and whether the initial hung verdict invalidates the second, unanimous one.

So, why should Australians trust 12 inexperienced people to sit in judgment on our most serious criminal trials, and get the verdict right?

The importance of juries

Lay person participation in the legal system is considered central to a healthy democracy. Lawyers play a major role in making the laws in parliament. Judges then apply the laws. If juries weren’t used, lawyers would have a monopoly over the law. Lawyers have their own specialised language in which they communicate among themselves. Including juries in the legal system forces lawyers to use common language.

It’s the collective wisdom of 12 that makes a jury. Jurors bring to the trial 12 times more life experience than a judge. Psychological research has established that personal, subconscious biases can be identified and addressed in group discussion.

How do juries work?

Jurors are randomly selected from the Australian electoral roll. While each state or territory varies in its selection processes, they share some common steps. Randomly selected citizens will receive a summons to attend court. Once the jurors arrive at the courthouse, they wait to be randomly chosen to go to a specific courtroom as part of a jury panel.

While it’s unusual for a prosecutor to “challenge” (deselect) a juror, some jurisdictions still allow for a defendant to “challenge” a juror based on the way they look and sometimes their name and occupation.

But a substantial body of US research has highlighted that, based on such limited information, the peremptory challenge process is no better than a guessing game, as it’s not possible for a defendant to know whether a citizen is going to be favourable to their defence just based on what they look like and their occupation.

Some Australian jurisdictions have reduced the number of challenges a defendant can use. The UK has done away with this process altogether as it interferes with the important perception that juries are fairly chosen and therefore represent the community.

Several Australian studies confirm our juries reflect a cross-section of our community in terms of cultural mix, age and gender balance. Juries are more likely to be better educated than the ordinary member of the public. This may, in part, be a result of counsels’ preference for educated jurors when exercising their peremptory challenges.

What about outside influence?

Jurors are forbidden from having any prior intimate knowledge of the trial, from privately communicating with anyone involved in the trial and from doing their own research. Maintaining the impartiality of jurors has become problematic in the digital age.

Last century, courts used to successfully make orders to suppress potentially prejudicial information (such as prior convictions). But the far reach of the internet means such suppression orders no longer work as they can’t prevent publication on overseas websites or social media that is accessed locally.

How do they reach a verdict, and what is a hung jury?

A typical jury trial will take fewer than ten days. The jurors hear the evidence, listen to the arguments of both parties and are provided with instructions on the relevant law by the judge. It is then time to deliberate and decide whether the defendant is “guilty” or “not guilty” of the offences charged. No written reasons for the verdicts are required.

The vast majority of juries are able to reach their verdict unanimously. In some types of cases, agreement of 11 out of 12 jurors is an acceptable verdict. A hung jury occurs when a jury deliberates for several hours or days, but are unable to agree on a verdict. In the usual course, the same case will be presented to a new jury.

A 2000 study indicated hung juries occurred in a small number (3-8%) of Australian trials. This study identified that longer trials, and jury trials in more culturally diverse city courts, may be more likely to attract a hung jury.

An initial hung verdict does not invalidate a second, unanimous one – it more likely means some of the jurors from the first trial were also in agreement with the final verdict.

Do juries get it ‘right’?

Jury secrecy means we have no accurate way of knowing whether juries are getting it “right”. Australian jurors are forbidden from discussing their deliberations with anyone, including why they came to a decision.

A few overseas studies have asked trial judges what verdict they would have come to in jury trials. A comparison between what the judges said and the real jury verdict reveals a high level of agreement between the two.

While scientifically we cannot confirm that specific jury verdicts are “correct”, the jury system is necessary for Australia’s justice system.