Africa is poised for sustainable growth and development. But there are risks 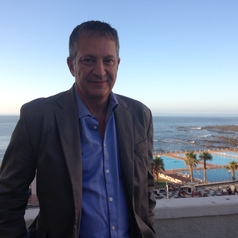 As we know, growth accelerations are pretty commonplace among developing countries. Economist Ricardo Haussman and his colleagues identified 83 growth accelerations of eight consecutive years at 2% higher than the five-yearly average between the mid-1950s and early 2000s.

The risk following the recently ended booms is that, due to insufficient planning and excessive optimism, the windfalls of growth accelerations were wasted.

Have the growth accelerations completely fizzled out? Have some African countries used the opportunities in recent decades to implement effective longer term growth and development strategies?

Since the early 1990s many African countries have been on a trajectory of higher growth. To the surprise of many observers the global financial crisis in 2007-2009 did not spell the end of Africa’s growth surge, though the rate of growth moderated.

More recently African growth has slowed further. At around 4% in GDP terms it is considerably lower than the 6% plus for emerging Asia. Yet growth remains stronger than in the “lost decades” between the mid-1970s and mid-1990s.

And Africa’s developmental performance has improved considerably since the early 1990s. It is evident that African poverty and infant mortality, while still lagging, have improved significantly. There have been similar improvements in education access and improvements in infrastructure such as roads and electricity.

The higher rate of growth has been a valuable asset, though it is by no means the only factor which has allowed developmental improvements. While these have themselves contributed to growth, the current relatively low growth rate inhibits the pace of the improvement in the lives of people.

As Amadou Sy points out:

Why growth has slowed

To get a real sense of why growth has slowed, we first need to ask why the period since the mid-1990s was so much better than the previous two decades.

The commodity super-cycle, centred on China’s huge public and private investments, was the standout economic factor due to the demand for African products. Later China’s capital surplus allowed it to offer huge credits for infrastructure investments.

But indicators show that growth and development improvements began in Africa before the commodity super-cycle, other factors were also at play.

Clearly important was the completion of Africa’s liberation – particularly the democratic transitions in southern Africa. South Africa’s post-democratic growth had significant impact on the rest of sub-Saharan Africa. This was mostly through outward investment by South Africa’s multinationals, but also through rising trade.

The South Africa factor is a subset of the positive impact of the end of the Cold War. This allowed greater domestic accountability and improved governance in many African countries.

The improvements in governance in turn created an environment that frequently encouraged direct and indirect investment.

African growth slowed after the global crisis. But the slowdown was not as rapid as initially feared. This was partly because of global mitigation measures (for example trade credit liquidity) and partly because African growth was also driven by rising domestic consumption and investment. Growth has slowed down more in recent years in most African countries under the shadow of several economic policy risks. By these, I mean risks which can be lessened or deepened, depending on the quality of economic policy.

Even after the global economic crisis, several African countries were able to embark on sovereign bond issues for the first time.

Except in South Africa, the bonds were generally issued in foreign currencies on expectation of receipts from the continued export of commodities. But faced with lower than expected tax revenues as commodity prices fell, several countries used bond finance for current expenditure rather than capital investments.

It is arguable that by 2014 investors should have been wary of high-yield sovereign bond sales. The International Monetary Fund (IMF) is much busier than it has been in Africa since the height of the debt forgiveness programme. It has gone as far as to call for a “policy reset” on the continent.

The impact of twin deficits – foreign capital account and fiscal – is potentially greater than simply a sharp and temporary slowdown. Since the early 1990s, democratic governments in Africa have derived some of their legitimacy from slowly but steadily improving living conditions. Cut-backs potentially threaten the legitimacy of open democracies. The Zambian government delayed entering into negotiations for relief from the IMF until after recent elections. If the inevitable debt restructurings are not carefully designed there are potential risks to political stability.

The second major economic policy risk is that growth is tempered with high levels of inequality. High inequality reduces the impact of growth on poverty, and growing inequality is slow to reverse. Africa has a highest Gini co-efficient among continents. If these inequality levels cannot be reduced, the sustainability of growth in the region will be compromised.

Finally, is it feasible that Africa will meet, let alone beat the Sustainable Development Goal of doubling the share of employment and output attributable to the industrial sector? Much of the increase in employment and value added in recent decades has come from the services sector – now over 50% of value added.

In a study of 72 developing countries spanning 1996 to 2012, the UNU-Wider project found that 66 (or 88%) had become more dependent on extractives during the commodity super-cycle.

Not many African countries meet these criteria. The countries seriously in contention are Mauritius (already there) and Ethiopia.

To counteract the growing pessimism about the fate of Africa’s recent growth accelerations there are also significant positive trends. These could underpin a long term growth and development trajectory.

Agricultural productivity is rising, not rapidly, but significantly and consistently. Small businesses are proliferating and thriving in many parts of Africa.

Several African countries are committed to industrial or sectoral strategies. Some are being encouraged by development agencies.

If well managed, the recent surge of investment in infrastructure, from rural roads to airports, offers advantages for producers and traders.

East Africa is in many ways showing the way. Examples include better government-business relations, better trade integration, advances in the freedom of movement of people and in the development of a regional payments system allowing easier cross-border banking.

Improvements in health and education access have had an impact and will continue to do so as quality improves.

Finally, African countries have responded to emerging fiscal squeezes with more resolve and less resistance and denialism than in previous periods when fiscal adjustments were required.

The risks have grown in recent years. But the developmental improvements of the past two decades may well have generated a sufficient legacy to enable many African countries to move to a stronger footing.

Alan Hirsch does not work for, consult, own shares in or receive funding from any company or organisation that would benefit from this article, and has disclosed no relevant affiliations beyond the academic appointment above.