A new way to pay for innovative drugs, provide universal access and not break the bank 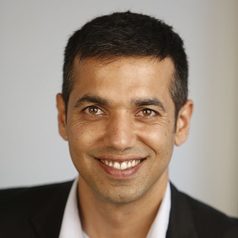 On the heels of congressional testimony by the CEOs of major drug makers, there are some important things to keep in mind. The U.S. faces a drug pricing crisis in large part because pharmaceuticals are in a golden age of advancement. A new pill cures hepatitis C. Immunotherapies devour cancer cells. Regenerative medicine promises longer life spans.

All of that advancement comes at a high cost. Drug companies seek recovery through high prices, which guarantees profits but reduces widespread access to the remedies. In particular, Medicaid, the federal and state health program for the poor, disabled and elderly, which enrolls 70 million Americans, faces major hurdles in paying for lifesaving treatments.

It has turned into a politically explosive predicament. A National Academies of Science consensus report which I was involved with and a paper in a leading medical journal that I authored suggests a way out, and Louisiana will be the first state to put this solution into practice.

A novel approach in a very poor state

Louisiana, which has a severe hepatitis C problem, is on the cusp of proving to other states that drug companies can make the money they need, while every Medicaid recipient who needs a cure gets one.

Nationally the hepatitis C story is a scandal. Even with a cure on the market, more than 20,000 Americans still die of the disease each year, more than the combined toll of 60 other infectious diseases. The reason for this high death toll is the high price tag of the curative drugs and as a result Medicaid restricts access to these drugs.

In Louisiana, only 384 of the 35,000 infected people who are on Medicaid or in prison got treatment in 2017 because of the prohibitive cost. Prices have dropped by two-thirds from the introductory level of US$80,000 per treatment, but even at that level eliminating the disease among Medicaid recipients would cost the state $700 million. Louisiana, which like other states shoulders part of Medicaid costs with the federal government, could afford that only if it blew up its budget for schools and health care, among other services.

The state is now on a path to secure immediate treatment for all infected prisoners and people on Medicaid by buying a license from a drug company. It is a concept that can be applied to other ground breaking remedies. The idea was first outlined in a consensus report for the National Academies of Sciences, Engineering and Medicine and later in a paper in the Annals of Internal Medicine. Here is how it will work:

Louisiana spent $35 million last year on hepatitis C treatments spread among several pharmaceutical companies. On Jan. 10, 2019, the state announced that it intends to use that amount as leverage, drawing the companies into a competition for the state’s business.

Louisiana is seeking to negotiate a contract with a single drug manufacturer to provide all the hepatitis pills the state needs for a lump sum, payable annually over a five-year contract that is roughly equal to the state’s current $35 million hepatitis C spending among all makers. Once a contract is signed in April, the company that won the contract will stand ready to supply as many pills as the state requires. The price-per-pill model disappears, so Louisiana can treat as many patients as it wants without worrying about the costs of treating additional patients.

Louisiana State Health Director Rebekah Gee spearheaded the effort to establish a license after the NAS study was published. The strategy exploits market competition among firms in a voluntary transaction that nevertheless breaks the current stranglehold high prices have over access to the medicines.

Under the status quo of “price-based contracting,” firms derive profits from high prices, which in turn means reduced access to the drugs. Instead, the Louisiana system is based on what is called “revenue based contracting,” which severs the link between profits and restricted access. That is, a firm that wins the contract with the state can ensure profitability by negotiating an appropriate lump sum payment, guaranteed over five years. Once a lump sum payment is set, the state’s cost of providing drugs to additional patients is close to zero because the contract stipulates that the pharmaceutical company is obligated to meet the volume of the state’s needs.

The question now is will drug makers participate in a competition to license their product to the state. The early outlook is positive. Gilead and Merck, makers of major hepatitis C drugs, both told the state in 2018 that they were interested, and AbbVie has said it intends to participate.

The deadline for submitting a proposed contract is Feb. 28, 2019, and the state hopes to implement the program by July 1. At that point, Louisiana could begin eradicating hepatitis C in its Medicaid and prison populations.

Other states should not be far behind. A long-awaited report from the National Governors Association on controlling drug costs endorsed the idea. In January 2019, Washington state began soliciting bids from drug makers for a guaranteed price for its Medicaid beneficiaries.

There is every reason to believe that the licensing model will work for containing costs of other expensive new drugs as well. States, or a consortium of states, can offer long-term contracts that can assure drug companies of the return they need to satisfy shareholders and pay for development costs. The large number of possible contracts in the 50 states means there is plenty of business for companies to seek.

Licenses are a time-tested way to guarantee streams of revenue to manufacturers while lowering users’ marginal costs to zero. This model is common in many knowledge-based industries such as software where product development costs are high but once a product is developed, the cost of providing the product to an additional user is close to zero. It’s time to implement this pricing model in health care. It can lead us out of our prescription drug crisis by bringing universal access without breaking the bank.