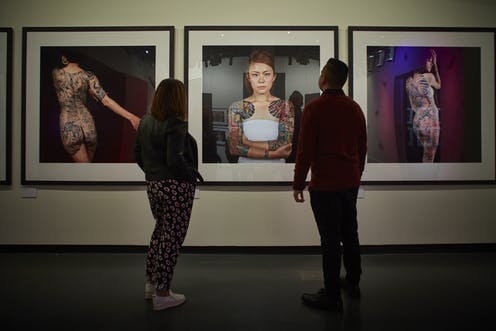 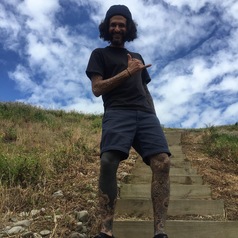 Our Bodies, Our Voices, Our Marks, a suite of exhibitions at Melbourne’s Immigration Museum, offers visitors a chance to engage with tattoo on a level deeper than skin. Here, stories of culture, tradition and migration speak through embedded ink.

Without personally experiencing a tattoo, it may be hard to understand why somebody would undergo the painful procedure. For instance, Joseph Banks, the 18th century naturalist on board Cook’s first voyages, was quite taken aback at the tattooing process of a Samoan girl:

What can be sufficient inducement to suffer so much pain is difficult to say; not one Indian (tho I have asked hundreds) would ever give me the least reason for it; possibly superstition may have something to do with it, nothing else in my opinion could be a sufficient cause for so apparently absurd a custom.

Banks, like so many of his time, disregarded the ritual as quaint – a primitive custom in need of Enlightenment. Missionaries and colonists sought to discontinue the “savage” practice, all but effacing it from the Islands.

Today, the museum explores the contemporary form of Polynesia’s ancient tatau alongside the potent tattoo tradition of Japanese irezumi in two photography exhibitions. In addition, four installations – curated by Stanislava Pinchuk (aka MISO) – provide a local perspective on tattoo and identity outside of tradition.

These four mixed media installations feature work by Pinchuck, Brook Andrew, Angela Tiatia, Zaiba Khan and that of Melbourne-based tattoo artist, Paul Stillen. Stillen’s work, Connected Bodies, explores the relationship he develops with clients as they collaborate to create tattoos that pay homage to the wearer’s individual cultural heritage. The exchange between tattooist and client can be one of mutual vulnerability, where the artist strives to materialise what can often be hidden deep within a client’s psyche. 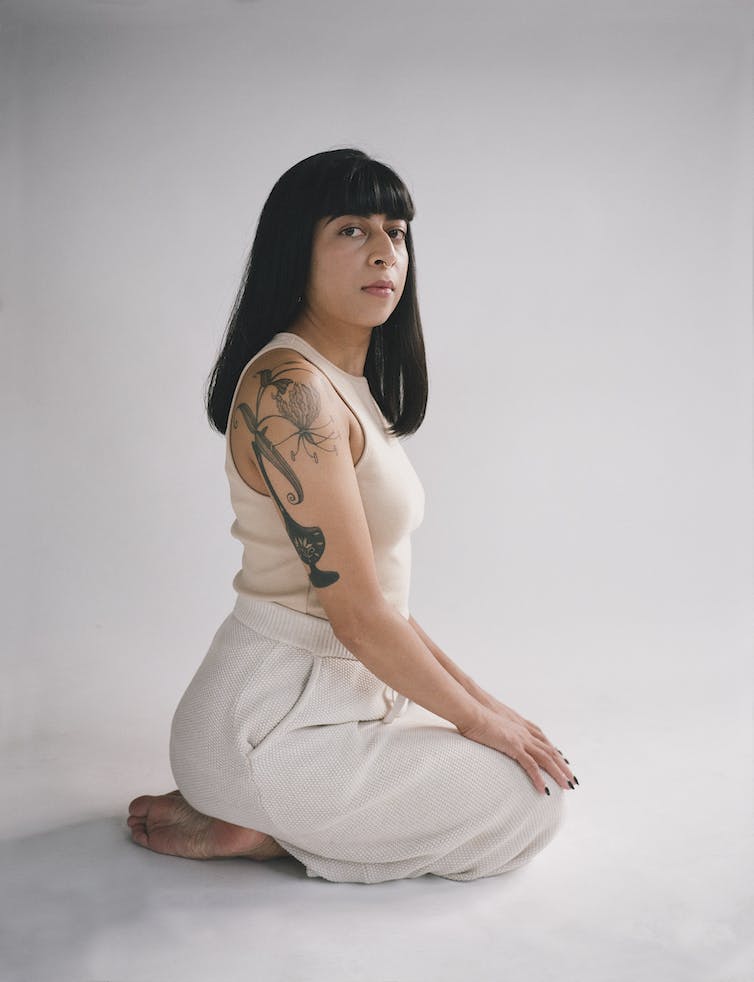 The exhibition Tatau: Marks of Polynesia examines the ancient custom of Samoan pe’a (traditional male tattoo) and malu (traditional female tattoo). It provides insight into how tatau forms a complex body of rituals and motifs embedded into transitions to adulthood, culture, and sacredness.

A contemporary Polynesian style draws on these customs, utilising similar fine lines, geometrical and black work. The creations of Samoa’s oldest and most revered custodians of the sacred practice – the Sulu’ape family – are also displayed. They have carried the tradition of tatau for generations. 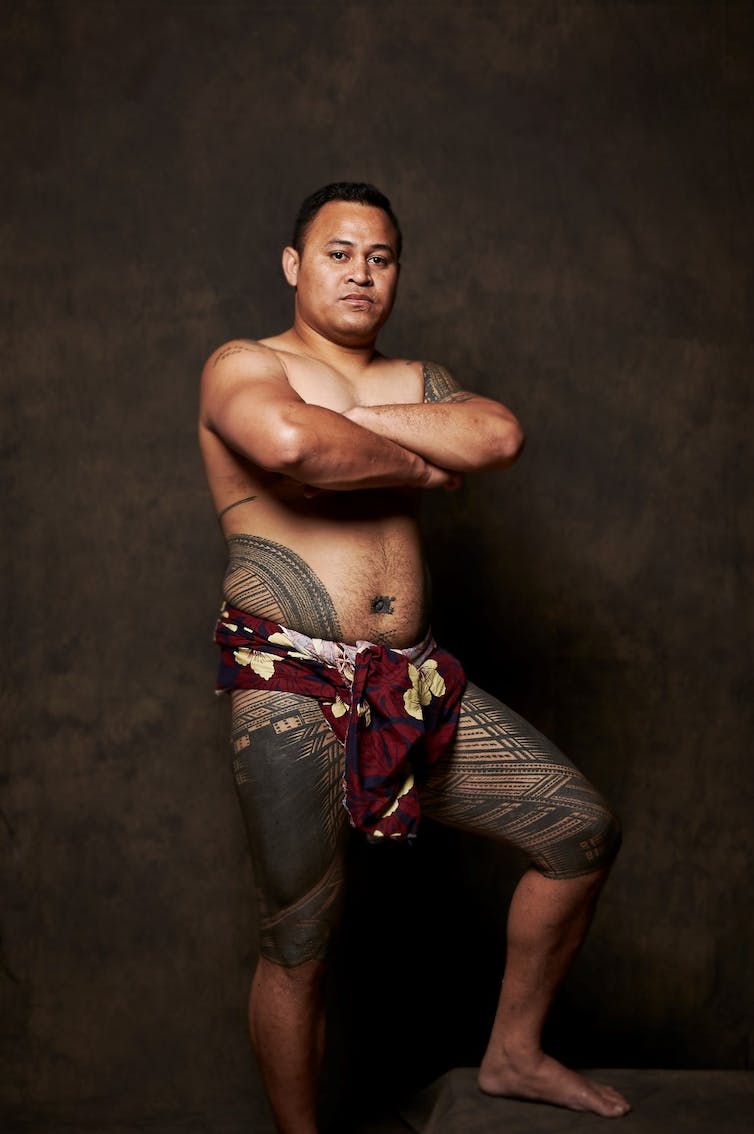 The process of attaining a pe’a in a traditional manner – using handmade tools of bone and wood – lasts up to five consecutive days. The physical and psychological punishment cannot be expressed in words, yet an incomplete pe'a is considered a mark of shame.

Notably, Polynesian tatau – heavy black work and the absence of pictorial iconography – was instrumental to the expansion of global tattoo art, with pioneering American publication Tattootime featuring it in their 1983 issue, New Tribalism. This gave birth to the “tribal” style contemporary tattoo, which swiftly became popular.

An exhibition on the museum’s third floor highlights what is arguably tattoo culture’s most distinct and recognisable style. Perseverance: Japanese Tattoo Tradition in a Modern World, curated by Takahiro Kitamura, features the work of seven pioneers of contemporary Japanese decorative tattooing: Junii, Shige, Yokohama Horiken, Miyazo, Horitomo, Horitaka, and Horishiki. Here, the intricacies of regional and tutelage differences can be scrutinised in the pores of their work. 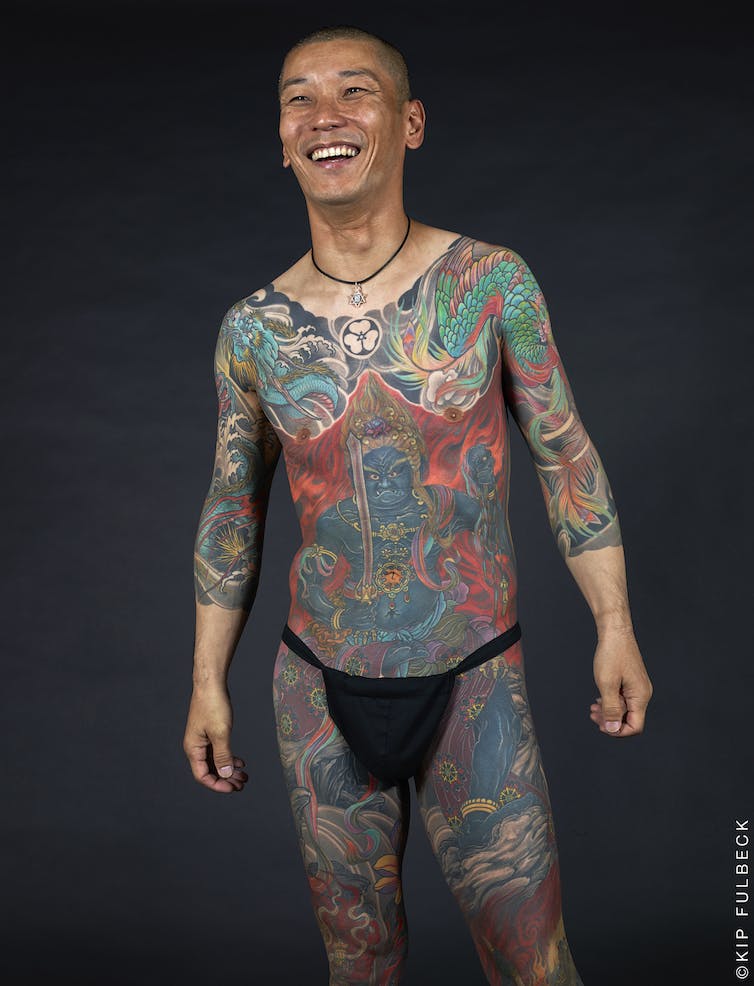 Traditional Japanese decorative tattoo, known as Irezumi, flourished during the Edo period (1603-1868). Its iconography and symbolism were developed from the popular arts of ukiyo-e (woodblock prints). Ukiyo-e began around the 1660s. These single-sheet prints were used in advertising and valued as art. Ukiyo-e artists portrayed outlaw heroes from the classic Chinese novel Shui hu zhuan with full body tattoos.

Irezumi peaked in popularity around 1872. After the Meiji Restoration, Japan’s new government banned the practice as out of step with other modern, industrialised nations. But the law only served to increase its mystique by driving it underground.

Thanks to the combination of prominent American tattooist Sailor Jerry’s early correspondence with Japanese tattoo masters during the 1950s and pioneering American tattooist Ed Hardy’s journeys to Japan in the early 1970s, Japanese style and structure (full-body, custom tattoo) was adopted outside of Japan, revolutionising tattoo in the west.

While Polynesian and Japanese tattoo are steeped in tradition, Pinchuk’s own tattoo work, displayed in a series of photographs, represents its antithesis.

Small, delicate, and rudimentary, its broken lines symbolising migration journeys. Yet it is without objective meaning and administered by someone for whom tattoo is not a primary medium. 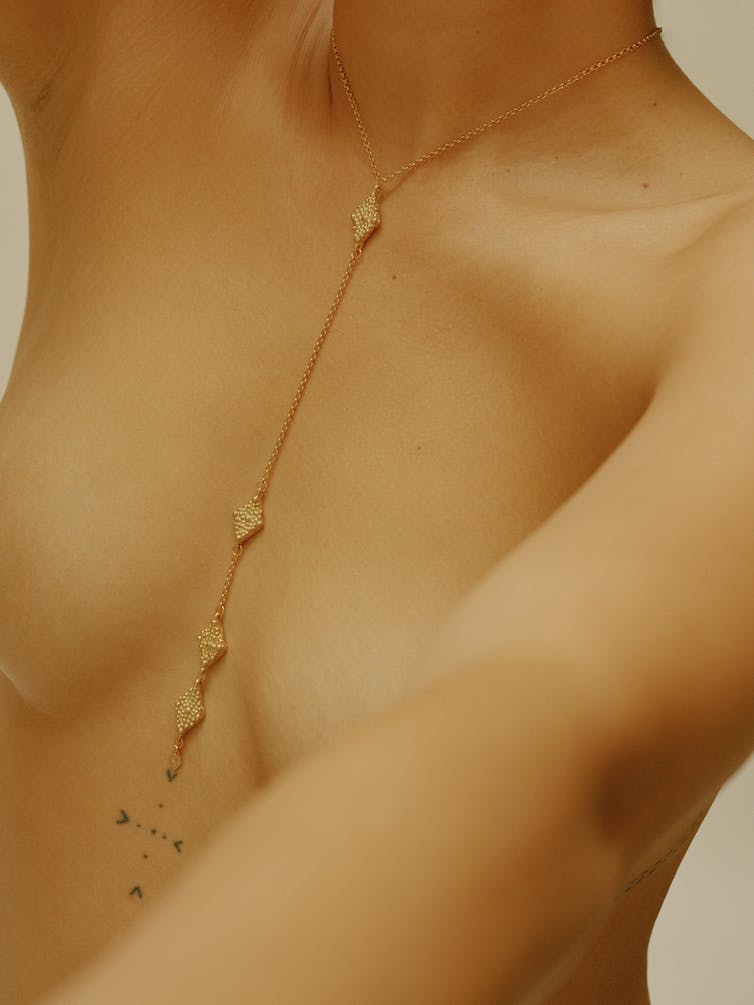 The contrast between this tattoo art and those shrouded in tradition encapsulates what makes tattoo, in my opinion, so magical, timeless, and powerful. No matter the context, time or place, tattoo is a potent tool for meaning making.

Our Bodies, Our Voices, Our Marks is at Melbourne’s Immigration Museum until October 6.