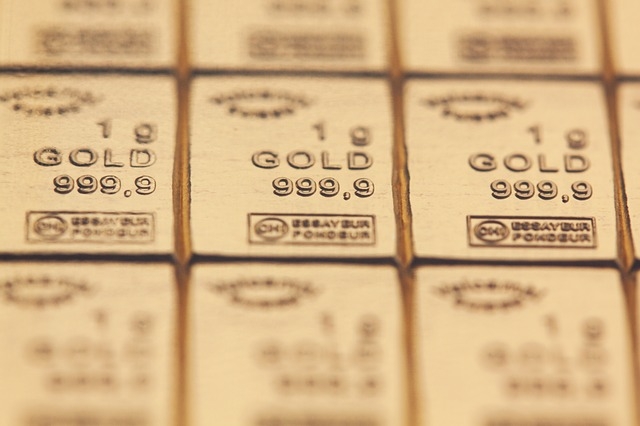 Bitcoin and blockchain technology marks the beginning of a new era – it is perhaps a step towards achieving a unified currency system. Although, whether it will be successful to do so remains unclear for the time being.

But the world didn’t just stop at bitcoin, various altcoins have also emerged. The digital currency space is continuously evolving and now a new digital currency has surfaced which is backed by physical gold.

American Banker reported that COEPTIS issues its own digital currency, calling it Global Standard Gold (AUG), which is backed by physical gold and held in a trust account – meaning it has the potential to be liquidated at market value at any time.

"It is a situation where the currency itself is never going to default because if anything were to go wrong you are in the position where you can liquidate the gold to convert to currency to convert back to a national currency," American Banker quoted Bill Cunningham, chief executive officer of COEPTIS. "That is a very strong provision of the system and distinctly different than any of the cryptocurrency."

The digital currency is issued after a licensed financial institution acquires the gold on the open market and deposits it in the trust. The institution then notifies COEPTIS, which issues the proprietary currency, American Banker explained.

“AUG is the designation for Global Standard Gold, a privately issued Currency, the Base Money of which is issued and circulates exclusively via the Global Standard Settlement Platform. The Base Money of AUG is backed by a 100% reserve of physical gold (fine content) in Allocated Storage. This means that for every 1.00 AUG issued and outstanding there must be at least 1.00 gram of physical gold bullion (fine content) held for the exclusive purpose of serving as the underlying store of value”, according to the official website.

While several cyptocurrencies use a decentralized system (blockchain), COEPTIS uses a centralized one. Cunningham claims that a centralized system is more efficient, cheaper to operate and allows for greater protections against money laundering because it is "very easy to monitor…unlike a cryptocurrency where you can leave a well regulated exchange and enter into the netherworld".

"We have looked at the cost of running the blockchain in terms of how much money is invested" and "we are at orders of magnitude less expensive" if COEPTIS eventually achieves the scale of bitcoin, Cunningham said.

He also added that since COEPTIS is a private system, it can implement a strong customer identification program. If a person knows that other people with whom he is transacting have gone though the same rigorous identification process, he is going to “feel better”, Cunningham explained.

The digital currency platform has been in beta testing for two months and CMO Inc., doing business as COEPTIS, will be expanding its membership to the invitation-only platform over the next two weeks.