100 missing stars might be proof of super-advanced alien civilization 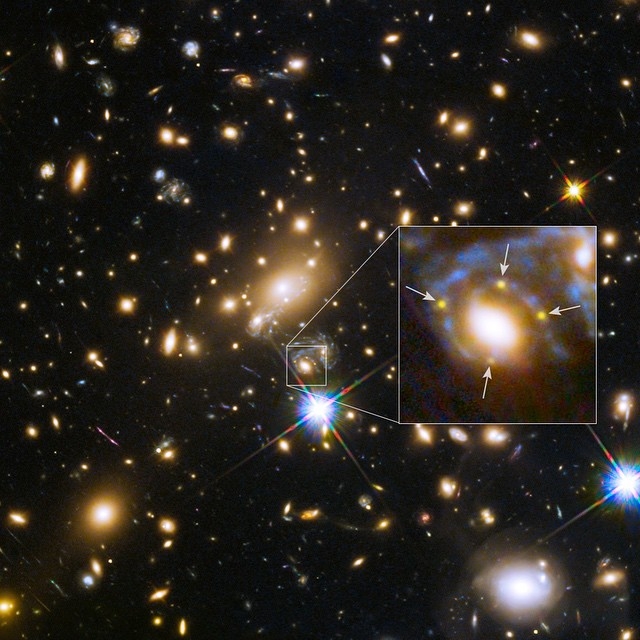 Due to a human’s relatively shorter lifespan, stars might appear eternally hanging in the night sky. But scientists are now finding out that isn’t actually the case as stars have been inexplicably vanishing from the sky in just a matter of decades.

The discovery was first made by a team of researchers in Sweden back in 2016, according to CNET. One of the stars found in the US Naval Observatory Catalogue (USNO) made in the 1950s can no longer be seen in the skies today even with the most sophisticated detection equipment available.

Intrigued, lead researcher Beatriz Villarroel and her team started a search for these missing stars. They compared around 10 million heavenly objects recorded in the USNO to the more recent recordings of the Sloan Digital Sky Survey (SDSS), which started collecting data in 2000.

The team uncovered 290,000 objects found in the older USNO records but are missing in the SDSS catalog, Science Alert reported. However, most of these missing objects were eventually accounted for. After the elimination, they were left with 100 stars that seemed to have genuinely disappeared.

Researchers from the Vanishing & Appearing Sources during a Century of Observations (Vasco) project do not claim that they’ve already found signs of aliens during their studies. What they propose, however, is that the best places to look for extraterrestrial intelligence are those areas near the stars that have vanished.

“Unless a star directly collapses into a black hole, there is no known physical process by which it could physically vanish,” the study, led by Stockholm University’s Beatriz Villarroel, explained. “The implications of finding such objects extend from traditional astrophysics fields to the more exotic searches for evidence of technologically advanced civilizations.”

One proposed explanation is that a Type II civilization might be near these missing stars. Theoretically, a civilization technologically advanced enough can build what is known as the Dyson Sphere, an enormous structure that totally encloses a star so that it can capture all of its energy output like a giant solar panel. If such a structure encloses a star, no light would leak out and the star would "disappear" from the sky.

Understandably, not everyone believes in the possibility of aliens having a hand at these stellar disappearances. “We believe that they are natural, if somewhat extreme, astrophysical sources,” Martin López Corredoira from the Instituto de Astrofísica de Canarias said. “But we are clear that none of these events have shown any direct signs of being ETI [extra terrestrial intelligence].”