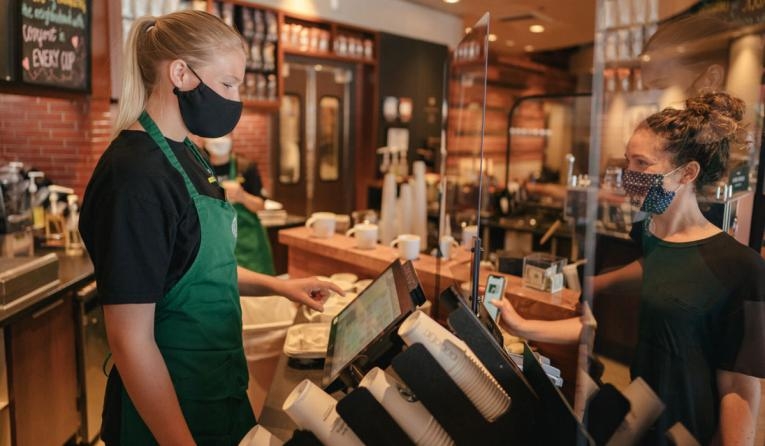 Starbucks and other restaurants have learned how to operate through the pandemic and have invested in the infrastructure to revert to delivery, drive-through, or takeout as needed.

Labor shortages forced restaurants such as Starbucks Corp. and Chipotle Mexican Grill Inc. to temporarily limit operations at individual stores or regions as more of their staff are testing positive for the coronavirus in the Omicron surge.

The Omicron variant is bringing back some practices and uncertainty from the early days of the pandemic from the resumption of virtual learning at schools to flight cancelations.

Many diners couldn’t figure out whether local restaurants and cafes will be open, prompting them to order food instead.

Starbucks and other restaurants have learned how to operate through the pandemic and have invested in the infrastructure to revert to delivery, drive-through, or takeout as needed.

Irvine-based Kura Sushi USA Inc., a 35-unit chain, was also forced to limit seating or operating hours at some of its restaurants, complicating its operations.