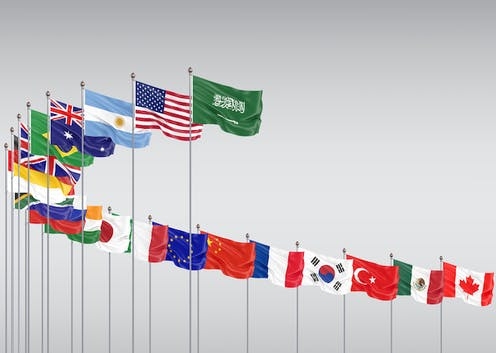 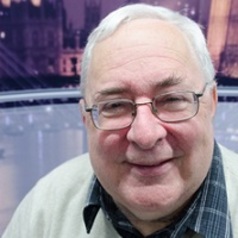 The coronavirus has crippled the world economy. Global GDP suffered its sharpest drop since the end of the second world war in 2020, millions were unemployed or furloughed, and governments pumped trillions of dollars into their economies to prevent greater damage.

Nevertheless, a 2021 recovery is very uncertain. China’s economy is growing strongly again, but many of the world’s richest nations may not fully rebound until 2022 at the earliest.

Inequality is also rampant. While America’s 651 billionaires have increased their net worth by 30% to US$4 trillion, a quarter of a billion people in developing countries could face absolute poverty, and up to half the global workforce may have lost their livelihoods.

The speed at which the pandemic can be contained will have a huge bearing on how the world economy performs. In the race between new virulent strains of the virus and the vaccine roll-out, early victory is by no means assured. Even rich countries that have secured most of the available vaccines may fail to inoculate enough people to provide herd immunity until the end of 2021. In developing countries, where vaccines will generally be scarce, the virus is expected to spread further.

The big winners are likely to be countries like China and South Korea that succeeded in suppressing COVID-19 early. China’s economy is projected to grow in 2021 by 8%, over twice that of the most successful western countries even before the pandemic.

China’s export-led economy has actually benefited from lockdowns in western countries. Western demand for services like entertainment and travel may have declined, but demand for household consumer goods and medical supplies has increased. Chinese exports to the US have reached record levels despite the high tariffs imposed by the Trump administration.

China is also expanding its economic influence throughout Asia, with a new free trade area in the Pacific and huge infrastructure projects along its trade routes to Europe and Africa. It is investing in advanced technologies to reduce its dependence on western supply chains for components such as semiconductors. China could now overtake the US as the world’s largest economy within five years, twice as fast as previously predicted.

For rich countries such as the US, UK and those in mainland Europe, the picture is less rosy. After brief recoveries in summer 2020, their economies stagnated. This was driven as much by the second wave of the pandemic as lockdowns. In the US, for instance, employment and growth closely tracked the pandemic rather than the unevenly applied lockdowns as business and consumer confidence slumped. Even with some recovery next year, these economies are expected to be 5% smaller in 2022 than if the crisis had not occurred. 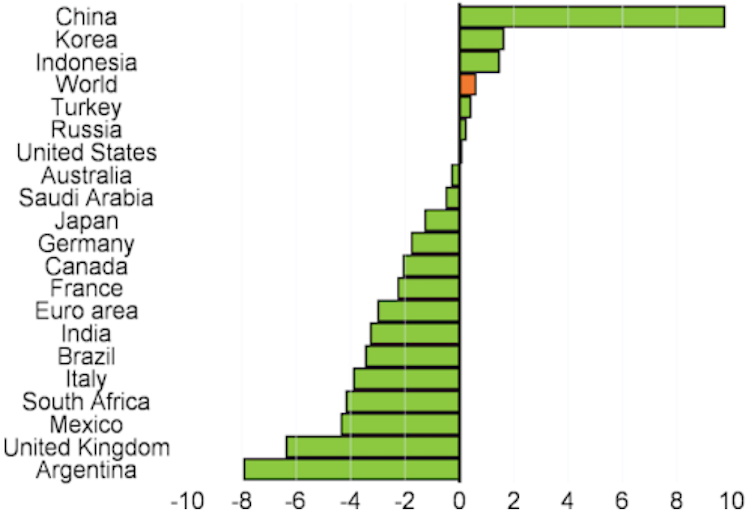 The biggest losers of 2021, however, are likely to be developing countries. They lack both the economic resources to acquire enough vaccines, and the public health systems to treat large numbers of COVID patients. They also can’t afford the huge government subsidies that have prevented mass unemployment in Europe and the US. With demand for their raw materials crippled by the recession in the west, and little aid available from rich countries to alleviate their large debts, they can ill afford further lockdowns.

Even formerly fast-growing countries like Brazil, India and South Africa face difficult times. For example, South Africa does not qualify to receive vaccines from the COVIX programme for very poor countries, but cannot afford to purchase any vaccines on the commercial market – despite producing them locally for western pharmaceutical companies. Such countries previously had a growing middle class; now many millions of poor workers will be forced back to their villages and urban slums due to the lack of job opportunities and will face mass poverty and even starvation.

The economic effects of the pandemic have been hugely varied across society. Those in full-time work, often in highly paid jobs working from home, have accumulated substantial savings since there is less to spend wages on.

The very rich, especially in the US, have benefited from huge stock market increases driven by pandemic successes like Amazon, Netflix and Zoom – and this looks likely to continue. The big question for the economy is whether in the coming year those with secure jobs and high incomes will return to their previous spending patterns, or hold on to their savings in the face of continuing uncertainty.

In contrast, many who have lost jobs or businesses or been furloughed will struggle to find new work or return to their previous income levels – especially since low-wage sectors such as retail and hospitality are unlikely to recover fully after the pandemic. This group includes many younger people, women and ethnic minorities.

The inequality could be increased as rich governments scale back the huge subsidies being used to keep many workers employed or furloughed. Rishi Sunak, the UK chancellor, gave clear indications of this intention in his November spending review.

In the US, the political deadlock over further relief spending was only resolved at the last minute, and Republicans will probably now aim to minimise Biden-administration spending despite the profligacy of the Trump years. Europe has just reached an unprecedented agreement to provide EU-funded aid to member states most affected by the pandemic, but tensions over the extent of the package and the recipients will probably continue.

Cooperation could ease the adjustment to a post-pandemic world. But international cooperation during the pandemic has been weak, and economic tensions have further undermined the world’s commitment to free trade – not a good start for Brexit Britain. Domestically, redistribution of wealth and income through higher taxes could give western governments more resources to deal with the victims of the pandemic, but will be politically difficult in a continuing recession.

Social unrest has been one consequence of previous pandemics. Let’s hope that this time, we find the wisdom to tackle the gross inequalities revealed by COVID-19, and build a fairer world.