Wizard of Oz: why this extraordinary movie has been so influential 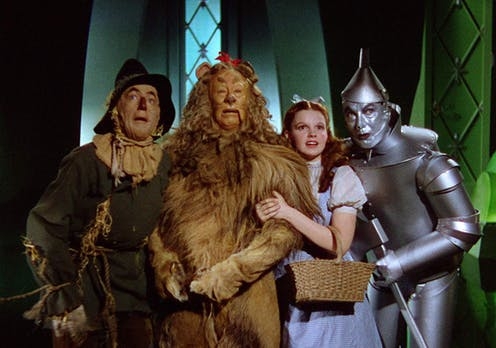 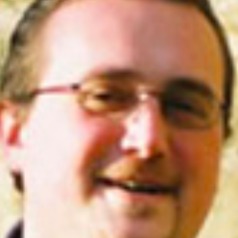 Film director Joel Coen – one half of the famed Coen Brothers – once quipped that “every movie ever made is an attempt to remake The Wizard of Oz” – and while, strictly speaking, there’s a bit of artistic licence in this statement, it seems that the tale of Dorothy’s adventure on the Yellow Brick Road can reasonably lay clam to being the most influential movie of all time.

At least, that’s the finding of researchers in Turin, Italy, who took a database of 47,000 films and cross-referenced them to determine which film has had the greatest influence on the industry, based on the number of times it has been referenced in other films. The winner was the 1939 film, The Wizard of Oz.

Some members of the popular press seem surprised by this fact; but they really shouldn’t be. Indeed, the research – which was published in Applied Network Science – only seems to have looked for direct references to the film. But if you also took account of films that were influenced by The Wizard of Oz without directly referencing it, there would hundreds, if not thousands more titles to add to the list.

The Coen Brothers are not the only big names to pay homage to the Wizard of Oz (their films are full of sly references). Derek Jarman, who is about as far away from the Hollywood archetype as you can get, also called it his favourite film. For Joel Coen, the film’s brilliance probably lies in its elegant narrative structure – whereas for Jarman it has a lot to do with its design. But this is a testament to how good the film really is. Film is a highly collaborative art form and the contributions made by every department to this film – photography, set, costume, music, editing and cast – is immaculate. Indeed, to watch The Wizard of Oz is to watch the Hollywood studio machine working at the very peak of its efficiency.

As far as I am concerned, The Wizard of Oz has exerted the most profound influence on filmmakers around the world who refuse to see the cinema as a realist medium, but rather view it as the art form that comes closest to our dreams. In The Wizard of Oz, reality – as represented by Kansas – is literally colourless. What’s worse, it’s not the beautiful black and white one might expect from a Hollywood film of the period. Instead it’s doubly drab sepia.

But once we enter the Land of Oz we are plunged into a world of vivid Technicolor and extraordinary painted sets that make no attempt to hide their artifice. Even the cloyingly sentimental return to Kansas in the final few minutes cannot hide the true message: the imagination is far more interesting that reality can ever be.

In this celebration of the dream life, The Wizard of Oz is a truly surrealist work.

It should come as no surprise then that one of the finest riffs on the film comes from the doyen of American surrealist filmmakers, David Lynch. His 1991 Palm d’Or winner, Wild at Heart, belongs to the great American tradition of the road movie, a genre which Lynch (quite rightly) traces back to The Wizard of Oz.

But Lynch does not simply acknowledge the debt; rather he takes the plot of Barry Gifford’s short, spare and ultimately realist novel and litters it with references to the 1939 film. In Wild at Heart, characters say things like “too bad he can’t just visit that old Wizard of Oz and get some advice”, or “seems we sort of broke down on the yellow brick road”, without a hint of irony. They also have visions of the Wicked Witch of the West and get life lessons from Glenda the Good Witch.

There is more to these allusions than a mere doffing of the cap, however. The references to The Wizard of Oz serve as a reminder of how America has changed. Almost all of Lynch’s protagonists are innocents who find themselves in a strange and often perilous world – just like Dorothy. But while Dorothy is able to maintain her innocence, Sailor and Lula, the central couple in Wild at Heart, fail to do so in world that’s “wild at heart and weird on top”.

Perhaps the most extraordinary nod to The Wizard of Oz comes from closer to home. A Matter of Life and Death was a fantasy film written, produced and directed by the team of Michael Powell and Emeric Pressburger in 1946. Commissioned during the final months of World War II to help mend the strained relationship between the British and their American allies, the film is set in two realms: Earth and heaven (which may or may not be a figment of a the imagination of a bomber pilot with brain trauma).

Following the lead of The Wizard of Oz, Powell and Pressburger decided to distinguish between these two realms by shooting one in Technicolor and the other in monochrome (essentially black and white produced by undyed Technicolor film). The real stroke of genius, however, was to invert the early film’s pattern and to present the real world in colour and the imaginary one in monochrome.

Filmmakers, audiences and critics alike have generally accepted the paradox that the real world may be in colour, but on film black and white is more realistic – so by showing heaven in monochrome, Powell and Pressburger seem to be telling us that our imagination is more real than the real world.

Such a bold and subversive gesture would have been unthinkable, however, had the The Wizard of Oz not come before and showed filmmakers the imaginative possibilities of the medium.