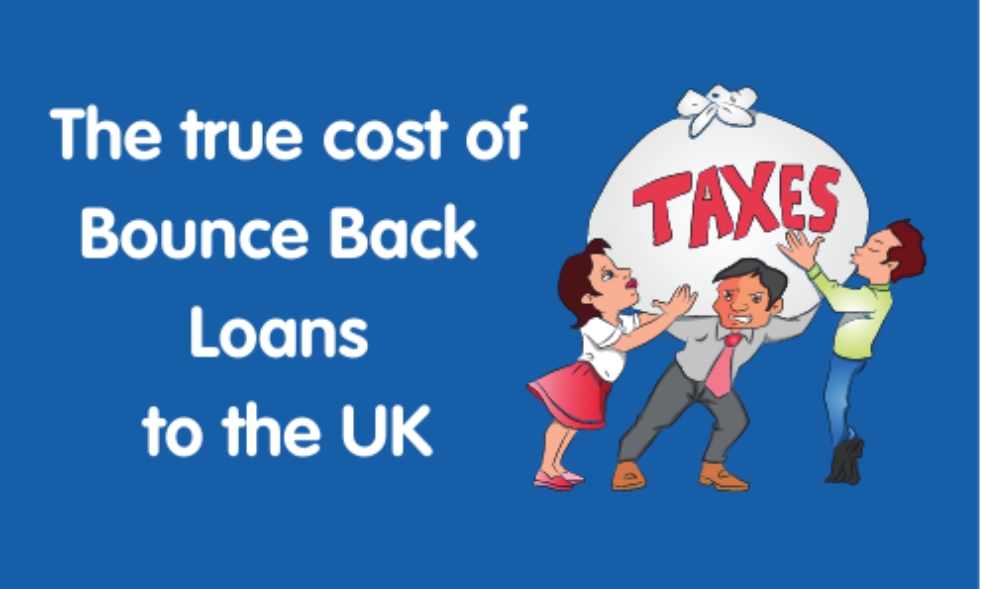 In 2020-2021, many businesses applied for generous government loans to avoid bankruptcy. While the loans helped many companies stay in business, they do have a dark side.

Many people may have obtained loans fraudulently, and many businesses may never pay the money back. It is likely that a lot of - possibly half of - the money will never be paid back. Taxpayers will be responsible for the huge cost of these loans.

How many people who applied for Covid-19 loans did so fraudulently? Did a huge number of people get Covid loans dishonestly, and what will this cost the taxpayer? We don't yet have accurate numbers, but it could be an enormous amount of money.

We know for sure that it was easy to get covid relief money and covid loans dishonestly. The priority was to get people relief money as fast as possible to prevent people from being ruined by the economic crisis. While this was an understandable choice, it created plenty of opportunities for fraud.

Normally, any business looking for a government loan has to pass rigorous fraud checks. However, in the interest of letting everyone get their money as fast as possible, the government decided to relax these restrictions.

Without fraud checks, it was extremely easy for business owners to lie about their earnings and dishonestly get these loans. The process was made so easy that business owners could self-report their earnings without having to provide any evidence. Some people no doubt took advantage of this and lied to get loans they were not legally eligible for.

How Much Money is Involved?

How much money will this cost British taxpayers? A report by the public accounts committee (PAC) suggests that it will be billions of pounds. The PAC criticises the government for going too far when making sure businesses could get their loans right away.

How much it will cost the taxpayer depends on how much of the money loaned out will never be repaid. It might be tens of billions of pounds - not only were many of the loans taken out fraudulently, but many of the businesses that took out loans have defaulted. Much of the money will never be repaid, and the cost will be passed on to British taxpayers.

The total amount of money loaned out was 46.5 billion pounds. How much of that will businesses eventually repay?

According to the business department, as little as half of the money is likely to be repaid. Taxpayers will be responsible for half of this enormous 4.65 billion dollar bill.

The public accounts committee has been very critical of the government. They believe that they did not design the loan system with fraud prevention in mind. Counter-fraud expertise was largely ignored, with the government succeeding in getting the loans to businesses quickly but failing to keep money out of dishonest people's hands.

Fraud involving public money is already a huge problem in the UK. The cabinet office estimates that as much as 51.8 billion dollars worth of public money is obtained fraudulently every year. This number could be much higher for 2020 and 2021 when fraudulent covid loans added to the usual toll on the taxpayer.

How Much Money Were Businesses Allowed to Ask For?

Businesses were allowed to take out low (2.5%) interest loans of no more than 50,000 pounds and no more than one-quarter of the business's turnover. Business owners were also offered a twelve-month grace period with no interest and no payments.

With such generous terms given to borrowers and such a lenient application process, very many businesses must have taken out these loans without being legally entitled to them. Anyone could easily lie about their business's annual turnover and take out a much larger loan than they were legally entitled to.

Usually, interest rates are high when a borrower is considered risky. While people may be able to get no credit check loans in the UK, they usually have high interest. The Covid loans were much more lenient than what is available from private lenders.

Banks May Lack an Incentive to Make Borrowers Repay the Loans

Another problem with the loans is that while banks will be responsible for getting businesses to pay back the loans, the government will cover any loans that businesses never repay.

It is not possible for the banks to lose money - if the bank cannot get a business to pay the money back, the government will pay the loan money to the bank. This is dangerous because the banks lack incentives to chase businesses for the money.

If the banks do not put a lot of effort into getting the money back, they lose nothing, as the government guarantees 100% of the money. Will we end up with a scenario where the banks do not aggressively get borrowers to repay because they lack an incentive to do this? If so, the government will have to raise taxes or cut spending in other areas to pay the banks.

The PAC also criticises the government for its lack of concern about the potential for mass fraud. The PAC sees the government as doing nearly nothing to prevent fraud and being reckless with taxpayers' money.

The PAC has issued many recommendations about what to do about the current problem and how to avoid similar problems in the future.

The government claims that it takes fraud seriously and that it blocked thousands of fraudulent applications for loans. They defend the Covid-19 spending as something that helped millions of people get through the pandemic, protecting businesses and protecting people's jobs. The government points out that they will aggressively go after illegal claims and will press criminal charges.

How Much did the Pandemic Cost the UK?

The pandemic cost the UK almost 300 billion pounds. The government borrowed a colossal amount of money to pay for everything related to the pandemic. There was more government borrowing in 2020-2021 than there was in any year since at least as far back as 1946.

The government is not finished with borrowing money. While they do not plan to borrow another 300 billion pounds in 2021-2022, they may have to borrow up to another 200 billion. Since the government received less tax revenue during the pandemic as well as spending much more than normal, they had to borrow a fortune.