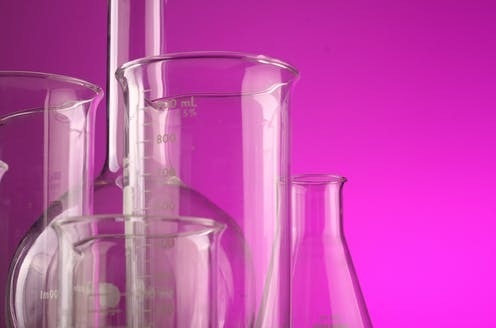 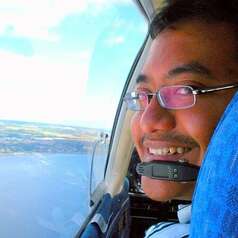 Keeping the environment safe is a shared responsibility between nations. But when it comes to harmful substances, especially persistent organic pollutants, advanced industrial nations should put more effort into reducing their global impacts.

Persistent organic pollutants are toxic chemicals (organic compounds) easily transported by wind and water, but which cannot be easily destroyed by the environment.

While these chemicals are mainly produced and exported by advanced economies, developing countries have to bear the burdens of covering the damages, often at their own expense.

That unfair burden is why we argue that developed countries should bear more responsibility for the production, spread and impacts from persistent organic pollutants.

The reason is simple: while the production of these chemicals can be traced back to advanced industrial countries, developing countries – often lacking resources and expertise – have to also bring in the solutions from them to mitigate the impacts.

Currently, the capacity of global chemical production is about 2.3 billion tonnes. In 2017 alone, the contribution of chemical industry to global gross domestic product (GDP) was about US$5.7 trillion – equivalent to about 7% of total global GDP.

New chemicals are more likely to be created by an advanced industrialised nation than a developing nation. In 1970s, major developed countries contributed 83% of the total world production of chemicals. That figure is currently at 65% – so even now, developed nations are generating most of these chemicals.

They also export these dangerous substances as consumer products, such as plastics and pesticides, to developing countries.

Bayer has set up factories in developing countries like Indonesia, Thailand and India. These subsidiaries produce and sell different range of Bayer licensed products such as pesticides, herbicides and fungicides containing dangerous chemical substances. These factories are also responsible for handling the waste.

However, developing countries have neither the technology nor resources needed to phase out these chemicals, especially when they end up in the environment. The regulations are also lacking. Developing nations need to “import” experts, intellectual properties, machinery and capital from developed countries – immensely increasing costs for those countries.

This is the reason why we argue that advanced industrialised nations have more responsibilities when it comes to dangerous chemicals: both the issues and the solutions to hazardous chemicals are often (though not always) “imported”.

This is not just a plea for greater global equality. With its global nature, pollution occurring in one developing country will also impact developed countries.

Developing countries have also become the target for waste containing dangerous chemicals – which some have dubbed “waste colonialism”.

Australia was criticised for many years for treating southeast Asia as a “dumping ground” for plastic waste.

In 2021, the Australia government announced a “world-first ban on waste plastic exports”. But the International Pollutants Elimination Network has recently warned this is a “trojan horse” solution, pointing out some of that plastic waste will still end up in Asian factories and the environment – just in a new form.

Australia is increasing its production of “process engineered fuel” (also known as refuse-derived fuel). This involves burning plastic in Australia to make fuel, which can then be exported.

Refuse-derived fuels include heavy metals and substances, such as dioxins and furans, which when burnt threaten hormonal and reproductive systems.

So although some developing countries have implemented safeguards to prevent plastic and hazardous wastes from being illegally exported into their territory, they are not foolproof.

We need stronger laws and new solutions to cut pollution

The Rio Declaration, a document that sets principles for sustainable development and which was adopted in the 1992 Earth Summit, talks about the principle of “common but differentiated responsibility”.

What that means is that all states are responsible for addressing global environmental destruction - yet they are not equally responsible, since some countries have historically contributed far more than others. Recognising the wide differences in levels of economic development between states is also of high importance.

Some developing countries have been receiving financial assistance from United Nations for projects aimed at phasing out persistent organic pollutants.

However, these projects are not always successful. The reason is that the “pollution market” – the idea that you can control pollution by giving economic incentives to reduce pollution – is very much dependent on solid regulation.

But most developing countries have weak pollution laws. This includes Indonesia, which is facing regulatory challenges in phasing out of persistent organic pollutants.

Another issue is that many developing countries may think that regulating persistent organic pollutants is not a priority, as their leaders focus more on the money they will receive from foreign investments.

On current trends, the amount of persistent organic pollutants and hazardous waste going into the environment globally will continue to increase. Even climate change mitigation technologies – such as photovoltaic cells, batteries and waste products from wind generators – can also increase waste.

The Basel Convention has regulated the transport of hazardous wastes and included plastic wastes in January 2021. Article 8 and 9 of the Convention provides provisions regarding duty to re-import and the responsibility of the state of export when illegal trade has occurred.

However, implementation is not always easy. In addition, the Basel Convention does not internalise the environmental and human health cost associated with the illegal waste trade.

We argue that the government where such waste originated should ensure their hazardous and other wastes do not end up in other country to be dumped, especially in a developing country that does not have the capacity to treat those wastes in environmentally sound manner. If they fail to do so, they should be responsible to take their waste back.

We also need more industrialised nations to acknowledge their greater responsibility in creating this global pollution problem, and to work with industrialising nations to develop new solutions to make companies producing hazardous chemicals more accountable for their impacts on people and the planet.